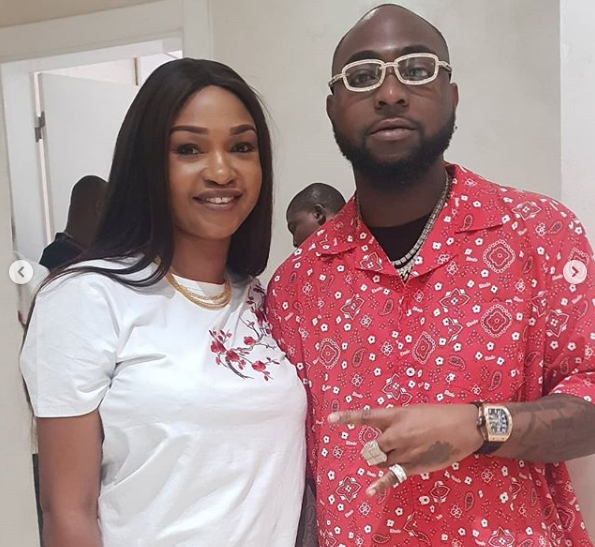 Davido has reacted to the backlash directed at him after being spotted in a promotional video for an event by the Commonwealth of Zion Assembly (COZA) founded by controversial Patsor Biodun Fatoyinbo.  While some Nigerians accused the DMW boss of being a sellout following Busola Dakolo's rape case against Pastor Fatoyinbo, others wondered why a pop star who sings about "worldly things" and seen in videos with sexy ladies will have play a role in a church program.  Biko who advised Davido to record this promotional video for COZA 12 days of Glory? Totally disappointed. You people should do better. Biodun Fatoyinbo we see your PR work with Davido, but the world knows who you're. pic.twitter.com/fJa1Yvg4qJ— Ugo (@UgoIkeakor) December 18, 2019 However Davido who reacted to the outrage that trailed the promotional video, stated that he has nothing to do with COZA. He also expressed disappointment that a quick video he did with a kid who was introduced to him as a fan, was used for an advert. According to him, it is fraudulent and extremely disrespectful.  Davido threatened to initiate legal proceedings against the lady behind the video, if it is not retracted immediately. Read his statement below; 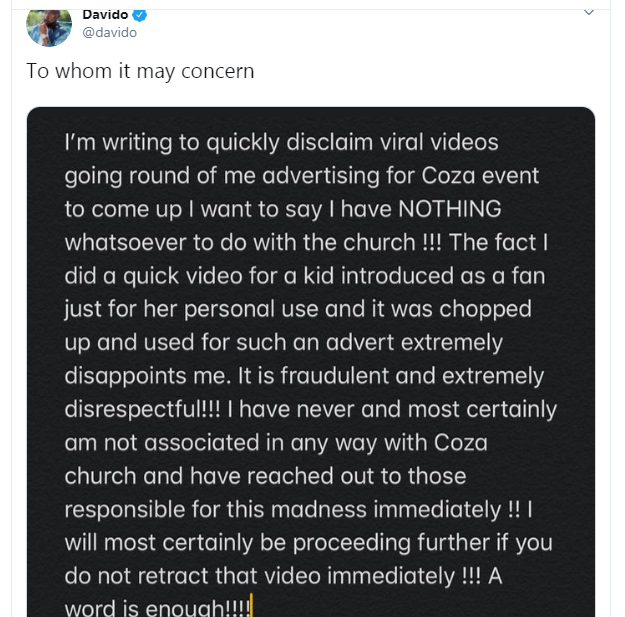 Elizabeth Omale, the lady behind the video however apologized over the misrepresentation the viral video ignited. She also disclosed that Davido never did an advert for COZA.  Omale said the video which is not the official ad for the event was her own way of raising awareness for a program she is passionate about.  She wrote; I would like to make some clarifications on the video I recorded with @davidoofficial for my church, the Commonwealth of Zion Assembly (COZA). The video was in no way intended to be an official ad from the church. It was simply my way of raising awareness for a program I am passionate about.I have read reports online claiming that Davido is coming to the program as an ambassador of COZA because of the video, these reports are false. He recorded that video with me and my daughter as a favour to a friend, nothing more. Also, my pastor, Pastor Biodun only reposted the video from my page because he has been reposting videos about the program. My video wasn’t the only one on his page.The video was a product of my excitement about 12DG and there was no malice intended. I apologize for the confusion and misrepresentation, and once again I’d like to say I acted as an individual and not as an official representative of COZA. Thank you. 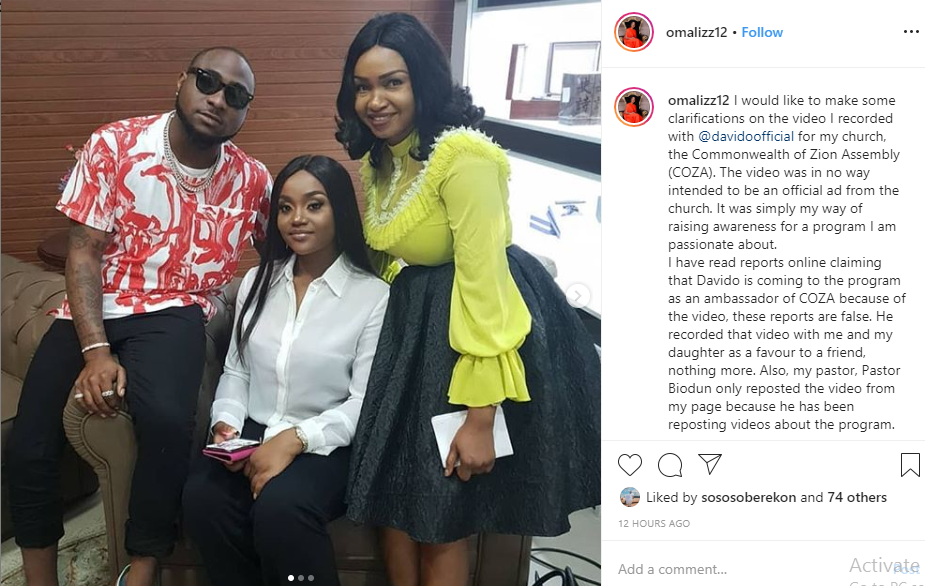 The post I have nothing to do with COZA – Davido reacts to promotional video after being called out by Nigerians appeared first on Linda Ikeji Blog.
Source: http://www.lindaikejisblog.com/2019/12/i-have-nothing-to-do-with-coza-davido-reacts-to-promotional-video-after-being-called-out-by-nigerians.html