Two women who fought over a man, arraigned in court for disturbing public peace 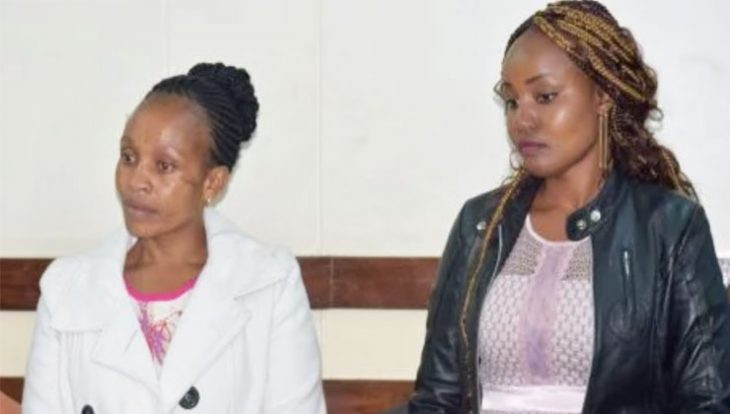 Kenyan police have arraigned two women for fighting in public over a man.  Sarah Wamaitha reportedly engaged in a fight with Mercy Murithi on November 4, for allegedly flirting with her husband.  The women who own business stalls at Sheikh Karume Road in Nairobi’s central business district were charged with affray (the offence for disturbing public peace by fighting in a public place).  Makadara Law Court heard that Wamaitha’s husband allegedly told her that Murithi had made sexual advances at him and he wasn’t comfortable being seduced by her. A spy Wamaitha hired allegedly collaborated the claim, leading to the fight at Murithi's phone shop where she reportedly destroyed a phone.  The duo were consequently arrested and charged jointly after reporting the case to Kamukunji Police Station seperately.  They pleaded not guilty to the charges against them and were released on Ksh30, 000 bail each. The case was then adjourned till April 15, 2020. The post Two women who fought over a man, arraigned in court for disturbing public peace appeared first on Linda Ikeji Blog.
Source: http://www.lindaikejisblog.com/2019/12/two-women-who-fought-over-a-man-arraigned-in-court-for-disturbing-public-peace-2.html