Six dead and many injured in collapsed mining pit in Jos 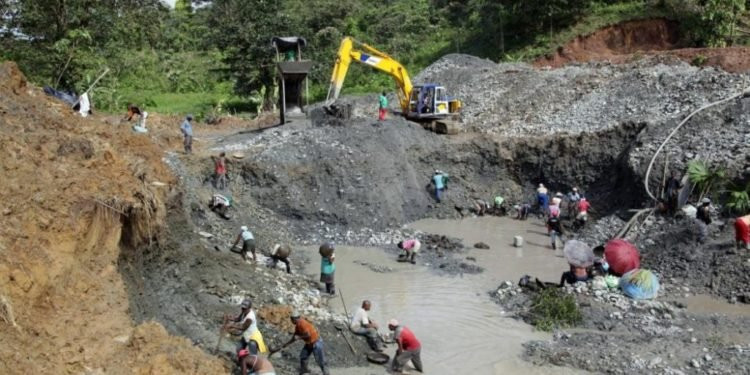 At least six persons have died with many injured after a mining pit collapsed on Tuesday, December 17, at Zawan Community in Jos South Local Government Area of Plateau. About 50 persons were reportedly inside the mining pit when it collapsed on them.  Mr. Gwottson Fom, Member representing Jos South Constituency in the State House of Assembly confirmed the sad incident in a statement on Wednesday, December 18.  He said the victims (aged from 20 to 27) were carrying out an illegal activity when the mining pit collapse. “We know that these young persons died carrying out an illegal activity but it is obvious unemployment led them into doing it. “People go out of their way to do things considered illegal just to fend for themselves and their families. “This is not time to apportion blames but it is sad and unfortunate that a community will lose six youths in a day,” he said. Fom also issued a warning to illegal miners to desist from the act, or if they must engage in it they must be licensed to do it “If people must engage in mining activities, they should do it the right way. They must ensure they are licensed to do it,” he advised. The post Six dead and many injured in collapsed mining pit in Jos appeared first on Linda Ikeji Blog.
Source: http://www.lindaikejisblog.com/2019/12/six-dead-and-many-injured-in-collapsed-mining-pit-in-jos-2.html

Previous “Build 95 schools not mosques” Nigerians react to news that Jigawa government is set to build 95 mosques in the state
Next Guys would you rock this Ankara jacket and hot pant? (photos)