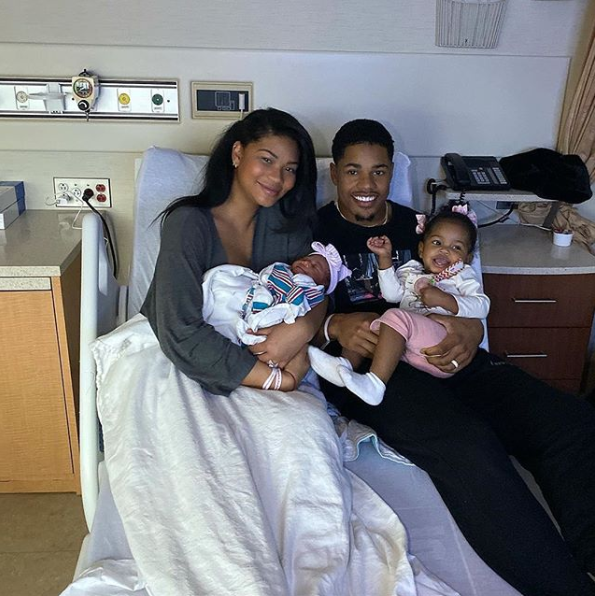 Chanel Iman has welcomed her second child with husband Sterling Shepard. The Victoria’s Secret Angel, 29, gave birth to a baby girl named Cassie Snow with husband Sterling Shepard, a wide receiver for the New York Giants, on Tuesday, Dec. 17. Iman announced her daughter’s arrival on Instagram. She shared a family photo of herself, Shepard, their 1-year-old daughter Cali Clay, and their newborn daughter all lying together in a hospital bed. She captioned it: "Our Christmas gift came early. Cassie Snow Shepard 12•17•19 "