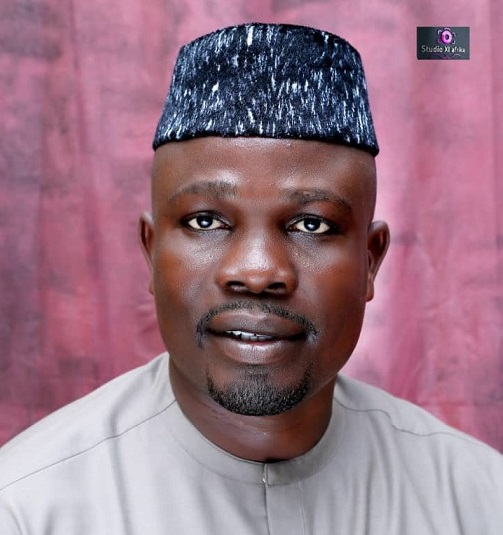 An All Progressive Congress, APC, House of Assembly aspirant in Delta State, Mr Fidelis Adjogbe has resigned his membership of the party citing the lack of internal democracy in Delta APC as his reason for dumping the party.

Adjogbe, who contested the last party primaries to represent Ughelli North LG Constituency 1 said he was leaving the party because he was no longer safe as a member of the party in his ward, constituency and state.

In his resignation letter, Adjogbe also stated that he was intentionally denied the opportunity to nominate some of the delegates from his ward, being the only aspirant from his ward.

” After due consultations with my friends and political associates within and outside Delta State, I wish to humbly inform you about my resignation from the All Progressives Congress (APC) due to the fact that I am no longer safe as a member of the party in my ward, constituency and state considering what played out during the primary election for the State House of Assembly.

“A situation whereby expected highly placed leaders of the party in my ward and/or constituency picked up their mobile phones and called delegates, especially those from my ward not to vote for me, few minutes before the elections.

“This was coming after I was intentionally denied the opportunity to nominate some of the delegates from my ward, being the only aspirant from my ward. Shocking enough, these delegates were celebrated by the family of one of the leaders for doing their bids at the primary election, which prevented my emergency. Ordinarily, I would have appreciated it more if I was told that I should not contest at the onset than to lead me on in pretence and gang up against me in the end as if I had committed a sin.

“Recall that I was a frontline APC aspirant during the 2022 primaries for the position of the Ughelli North Constituency 1 House of Assembly in Delta State, where a highly placed leaders openly refused to allow proper internal democracy, fair play, equity and justice to prevail.

“Let me also use this medium to appreciate those whom I have worked with in APC that still possess valuable integrity and all my teeming supporters. It is only a political voyage that has to be directed on a different platform at this time. Please be assured of my highest esteem.

Here is the Copy of the Letter: 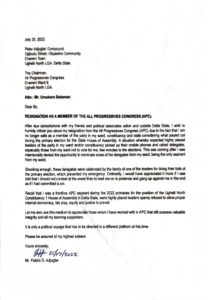