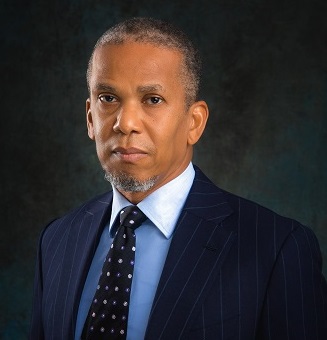 In the Book of Daniel, King Belshazzar had a big problem with solving a riddle and interpreting a dream that troubled his spirit and the foundation of his existence. He sent for the wise men and soothsayers of the land but none could satisfy his inquiry. It was Daniel, a man whom the Bible described as having an excellent spirit and knowledge that came into the picture to solve the riddle and satisfy the enquiries of the King.

In 1999 when the 4th republic began, many people of good report and integrity did not believe in the democratic commitment of the then outgoing military politicians. The stage was thus left for charlatans, thugs and men of questionable characters who decided to take the risk and later seize the political space with a terrifying grip. Some good men like Senator Fred Brume and others were elected though but most of those who took over the system at the beginning of the 4th republic were not people that ordinarily should be considered for the robe of honour they grabbed at that time.

And true to type, these people took the political space by the storm and perpetuated all kinds of undemocratic bestiality, grabbing election results ahead of Election Day and arrogantly asking their opponents to go to court with crass impunity. It was the reign of terror that made many men of goodwill and character keep their distance. The season demanded of key players in the system to bow down before demigods in order to succeed. In those days, one man’s votes can equate to the votes of electorates in the entire state. Results were decreed according to the whims of the political lords. There was no space for men of honour and service-oriented leaders.

But all that has changed. Democracy has assumed a greater degree of metamorphosis over the years. The demand for greater electoral credibility, integrity and the sanctity of the ballot is what has encouraged men like Chief Ede Dafinone, a man who is content with life and his estate amongst his people, to now come into the picture to be elected as a senator for Delta Central. In developed democracies, the type of Ede Dafinone, a man who resonates with the Barrack Obama spirit of excellence does not need to campaign before being elected. Ede Dafinone is gold and should not compete with straws for the honour. Many of those running for elective positions in 2023 are people of questionable characters and sources of wealth. Some are the very face of the evil system that the people are clamouring to change.

Dafinone is coming with the grace and spirit of a servant leader. He will not be coming to lord it over the people. He commands a great deal of wealth but does not make noise about it. He is a simple man, unassuming, cerebral and a goal-getter. Many of those making noise about town as having the whole world are not worthy to lace his shoes yet, he is not boastful or does not give in to arrogance and irresponsible claim to great wealth. He is coming for service and that is what is required of a senator. Delta Central would be proud to have such a man of excellent spirit as the face of Urhobo in the senate.

One of the best political decisions Urhobo will take in 2023 in the politics of Delta State is to elect Chief Ede Dafinone as senator for Delta Central. The All Progressives Congress got it right in presenting Dafinone as a candidate. The politics of 2023 is about personalities and not merely political parties. There will be lots of cross-party voting in the coming polls and one of the very best things to happen to Urhobo is to vote the best material for the senate besides a Governor that will work for the people. Votes will count as in Osun State and Ede Dafinone should be supported to win the election to make Urhobo proud.

One thing that should be taken into account in our choice of a senator to step into the shoes of DSP Ovie Omo-Agege is the prospect of assuming greater responsibilities in the National Assembly if the best material is voted. Dafinone is a household name in Nigeria. The name is synonymous with accounting. Nobody studies accounting in Nigeria without coming across the name, Dafinone. The patriarch of the family, Senator David Omueya Dafinone, was a foremost Urhobo patriot who served as one of the best performing senators of the 2nd republic. Most of those in the top echelon of leadership in Nigeria today were either contemporary of Senator David Dafinone or their siblings are the current crop of leaders in Nigeria today. Chief Ede Dafinone would be in a familiar terrain as his father’s name would open doors that would benefit Urhobo in the long run.

Urhobo should not make the mistake of voting for people that would be a burden to our political prospects. There are some representatives who have done us proud in the past and the time to locate such men of an excellent spirit is now. We want a man whose yes is yes, and no is no. We want a senator who has a name to protect. Ede Dafinone is a man of integrity and would not lower the standard for any reason. As a man of gold, he will always go for gold in seeking benefits for his people. Ede Dafinone is a man of an excellent spirit, let us send him to the senate in 2023.