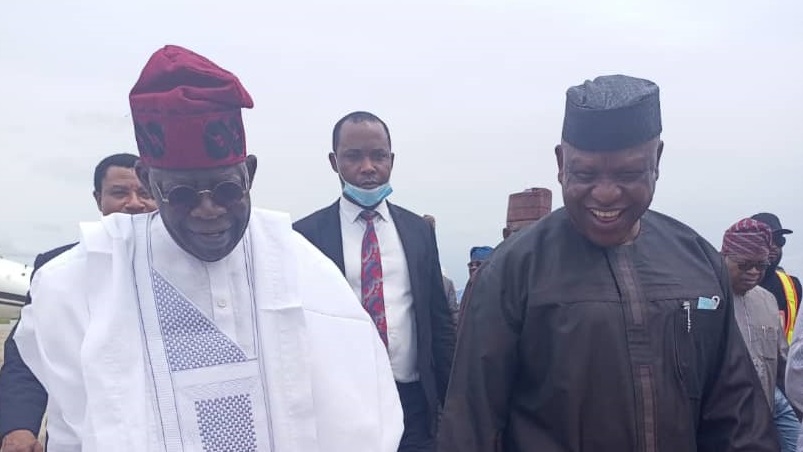 The founding leader and 2015 governorship candidate of APC in Delta State, Olorogun O’tega Emerhor has congratulated Asiwaju Bola Tinubu on his run away and emphatic victory at the Presidential Convention to become the flag bearer of the APC in the 2023 general elections.

Describing the victory as well deserved, Emerhor applauded Tinubu for his hardwork, perseverance, doggedness and sagacity.

Olorogun Emerhor who stated this in a press statement he personally signed, noted that “the victory came against all odds and in the face of very strong and determined opponents.”

In congratulating Tinubu, Emerhor further declared him as the man of these times. “Nigeria is currently at a crossroads.  Our President Muhammadu Buhari has lifted Nigeria from the hole that PDP dug the country into, and with the country still beset with hydra-headed issues ranging from the economy to insecurity to infrastructure deficit and even the unity of the country, Tinubu is indeed the Man of these Times.”

“The man who can sustain and escalate the progression of success recorded so far. A man who has done it before in Lagos State and can do it again for Nigeria.”

He described Tinubu as, “A man of capacity, a visionary extraordinary. A pragmatic doer, a detribilised manager of men and indeed, a hands-on leader. Tinubu will get Nigeria right.”

Emerhor commended President Buhari, the APC governors, all APC stakeholders and all APC delegates to the Presidential Convention for giving Tinubu to Nigeria as APC flag bearer. The time for Nigeria has arrived.

PR is building and sustaining relationships of trust for your organization, oneself -Aniagwu