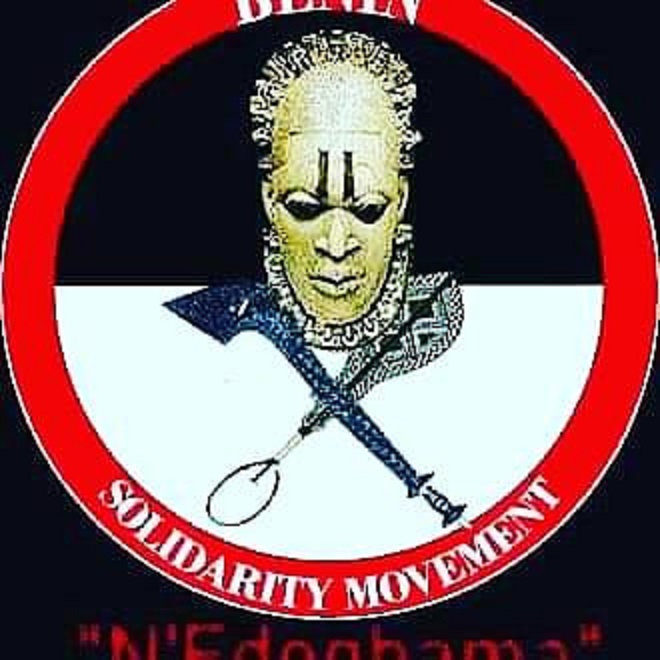 The Benin Solidarity Movement BSM Worldwide has frowned at the illegal political activities of some unscrupulous individuals from Benin Kingdom, Edo State.

This was made known in a press statement signed by their President, Ambassador Curtis Eghosa Ugbo and made available to journalists in Benin.

“The Benin Solidarity Movement (BSM) worldwide is utterly dumbfounded about the tales making the rounds that some elements in the national secretariat of the All Progressives Congress (APC) in Abuja are being compromised by some chieftains of the party in Edo State to change the outcome of the House of Representatives primary election for Orhionmwon/Uhunmwode Federal Constituency of Edo State which had earlier produced a respected grassroots mobiliser, Chief Billy Osawaru as the party’s standard-bearer.

If the report can be relied upon the mischief-makers are interested in replacing Chief Osawaru’s name with that of a female aspirant who lost out woefully to Chief Osawaru in the legally recognised primary process witnessed by the approved political agencies organs.

What is also worrisome is that the people being mentioned as the initiators/planners of the evil deed are supposed to be role models in society. Now, when the hunter becomes hunted you know what the outcome will be.

We keep championing the cause for a political process that would be free, fair and being processed on a level playing field. Only to end up pursuing a course which is not in tandem with our philosophy”.

While saying that the people of Orhionmwon and Uhunwode Constituency have made their choice on who to represent them at the green chambers, BSM noted any attempt towards changing this will be met with the appropriate response.

“Benin Solidarity Movement want to sound a note of warning to those who derive joy in causing havoc by way of their actions/inactions that they should always think of the day of reckoning when their deeds will be assessed in accordance with the saying that evil begets evil.

Such mischievous elements should not turn the Benin Kingdom and indeed Edo State into a war zone as a result of their greed and dishonesty. Any attempt by anybody to heat up the polity and cause disaffection in relation to this issue will be met with an appropriate response by the BSM.

Members of the APC in Orhionmwon and Uhunmwode Constituency have made their choice of the right person to represent them in the green chambers of the national assembly in 2023 and even beyond. That person is Chief Billy Osawaru. This need not breed any squabbles or cause any crisis.”