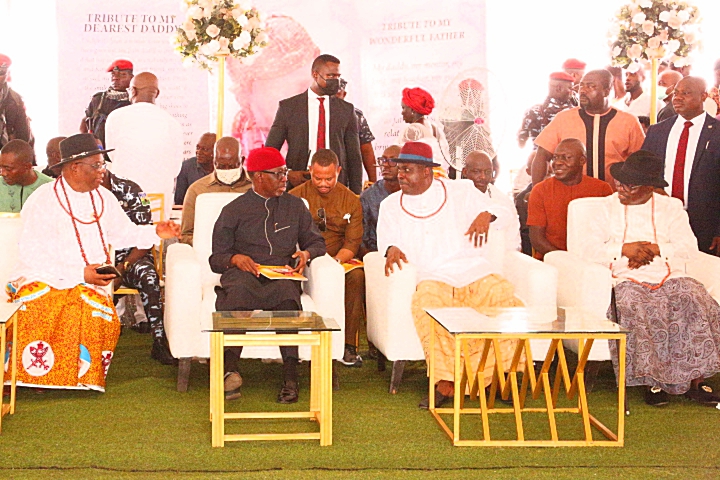 Given the enormous human and material resources coupled with mouthwatering monthly allocation, it is a thing of regret that Delta State is still in the valley of underdevelopment.

Granted the animosity and angst that greeted the creation of the state because of the location of the capital city, Asaba, the political class, the elites and the traditional rulers ought to have buried their differences for the growth and development of the state.

During the primaries of the dominant political party, the PDP, most of the governorship pretenders, wayfarers and aspirants were playing the ethnic card. None of them was able to say why he wants to be the next governor of the state.

Today the PDP and APC have their governorship candidates and both are from the Delta Central Senatorial, the home of the Urhobos. I will not bother myself with them in this piece and in the nearest future, the forensic analysis shall be made of the two candidates and their vision for the state. I will not buy into the stale idea of building on the legacies of the present government. The two candidates should be able to tell us what they can do differently from the Okowa administration. It is a thing of tragedy and regrets that since 1999, Deltans have not been really exposed to a responsive government that has the hope and aspirations of the people. Despite all the noise and media propaganda, governments at all levels are on holiday and galloping from one issue to another like that of a drunk. There is no difference between the members of the PDP and APC. The local council chairmen are notorious for dispensing allocations from Abuja to themselves, families and cronies, and have no creative ideas on how to generate internal revenue. The `feeding bottle` federalism is very much at work in the state.

The recent party primaries for governorship candidates have proved the doubting Thomases right in the direction of our democracy. Our democracy is for the highest bidders and these delegates smiling to the banks have already mortgaged the future of their children and the state. For a governorship candidate that spent millions of Naira and in some cases dollars, the first thing he will do in office is to recoup his expenditure. Politics with the bribing of delegates has been reduced to a mercantile level and no businessman goes into business with the aim of losing. The profit motive is there and if by tomorrow, the government of such mercantile politician is not performing to expectations, the delegates and the voters have lost the moral right to complain. The 2023 elections shall be an exchange of Naira and dollar notes instead of ideas that will minister to the social and economic needs of the electorate. A voter that takes a bag of salt or a bag of rice should know that he has already eaten his future and that of his children.

Even more unfortunate are the Deltan elites holed up in Lagos, Port Harcourt and foreign countries. They are busy contemplating their political navel enjoying what their host towns and countries could provide. They are living in a fool`s paradise because there is no place like home. They should come home and contribute to the growth and development of the state. Some of them are saying that Nigerian politics is dirty and violence-prone. Sitting on the fence is not an option. Equally reprehensible is to believe that the business of government should be left to the politicians. The truth of the matter is that if the elites, in education or academia fail to participate in politics, clowns and third rate people will be those dictating the pace in the state. And it will be a dream for anybody to expect anything different.

Our traditional rulers and community leaders are emergency contractors either to the government or the oil prospecting companies. And that is the most plausible reason that they cannot lambast the actions of the government and oil companies. They lost the moral right and courage to speak out because their hands are already soiled with filthy money from the government. The oil prospecting companies have perfected the art of divide and rule. Throw corns to them, the way a farmer does to fowls, otherwise revered traditional leaders, opinion leaders and community leaders would fight among themselves. A change of heart is necessary to have a state all of us would be proud of and enjoy truly the dividends of democracy.

It also gnaws my heart that members of the Fourth Estate of Realm, who are supposed to hold the government accountable, do not have moral integrity. It is because of the poverty level among the journalists- material and intellectual. The 1999 constitution is very clear about the role of the press: hold the government accountable to the electorate. It has nothing to do with combative journalism. Government annually rolls out budgets but we as journalists have not taken the pain to find out if the budget is actually implemented. I am aware that budgets are proposed estimates and all the projects may not be implemented. But we as journalists should diligently ex-ray the performances of budgets at the state and local government levels, for the state of development may not be appalling. Our failure to hold government accountable is the reason why poverty continues to plague the state, a state known for getting the highest allocation from Abuja.

Even in their closet, politicians and government officials exercising governance on behalf of people know that they have performed below average. The time for hand wrenching is over. We must put an end to the years of locust and that will only happen if we see the business of governance as our business.

Consensus Candidate: Adamu is on its own, I have no anointed candidate -Buhari

Omo-Agege and His Shameless Lies