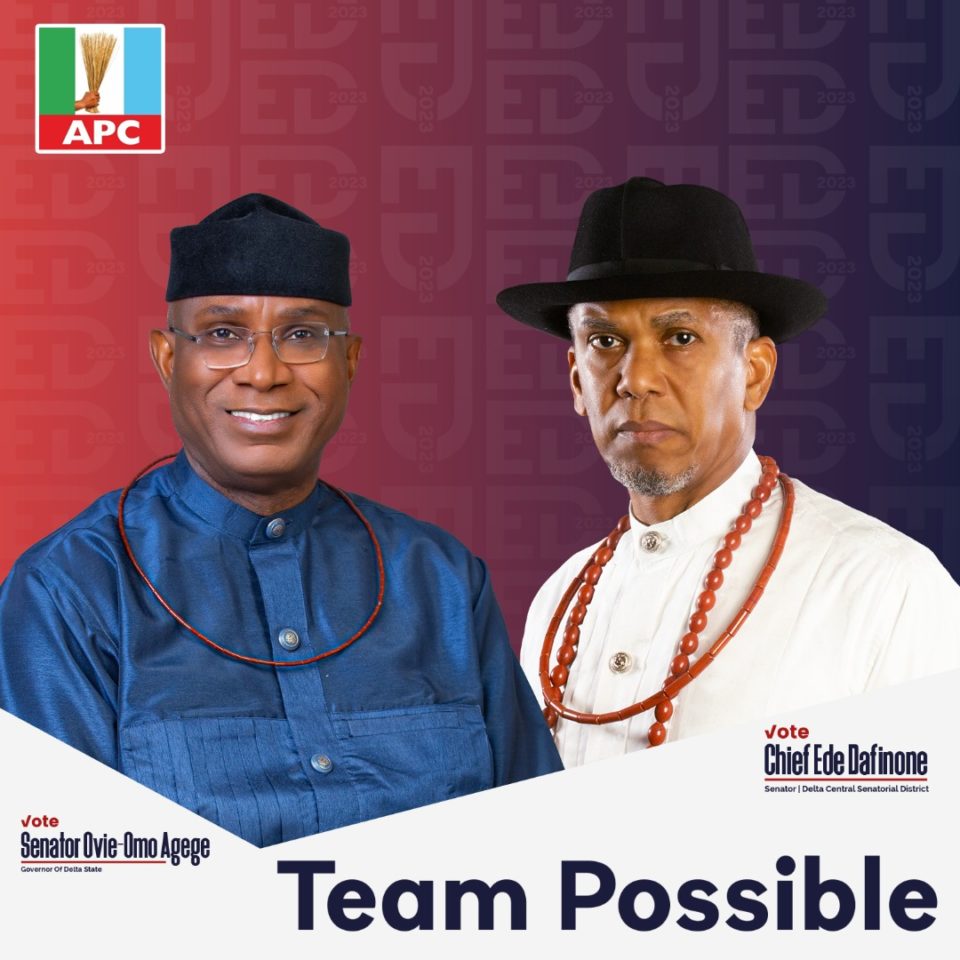 The story told by Lagos-based Radio presenter and talk-show anchor, Godwin Etakibuebu to illustrate the rot and diabolical content in the recruitment of drivers of the vehicles of governance in Nigeria will piss off every decent and honest player on the political space. It is the story of how our political system jettisons merit for mediocrity and diabolism in getting leaders to assume power in Nigeria. It is a story that churns the stomach of every upright man of honour, leaving our political space to be populated and ravaged for too long by men of crass wickedness without thought for the welfare of the people.

Hear him: ‘’I was not at the scene when this interrogation took place in Ibadan but a very dependable and reliable politician friend of mine told me the details because he was the one conducting the interview.

‘’A very senior godfather politician from Lagos took one of his stooges to this senior Garrison Commander of the South-West political Zone [as things were then], for support as the young man being introduced believe he could be a governor of one of the States ‘around here’ because the young man was ‘overloaded’ with money. Listen to the three questions the older politician asked the young incoming politicians.

‘’One: Do you have a very deep source of money for this journey you want to embark upon? Of course, you should guess what his answer ought to have been, and that was the answer he gave to the ‘learned senior colleague’.

‘’Two: Do you have the capacity to tell formidable lies and stand by them until the end of this age? The younger man blundered a little in answering that question, but his blunder was not too much to take the expected throne away from him.

‘’And the third question came like a thunderbolt – the younger politician never prepared for it and this unpreparedness caused him something. Listen to the question please. Third: Can you kill and will you be willing to kill someone that never offended you and keep your innocence to the end of this age?’’

This eerie encounter between the so-called old politician and the younger politician has seemingly become the order of the day for most Nigerian politicians of today. And it is for this reason that politicians told lies pathologically. For this reason also, the likes of Chief Ede Dafinone has minded their business for years, not seeking to stain their garment of honour with the evil associated with the system. Lying has become part of them, and worse still, is that they have brought it as a décor of governance. They are terrible liars – all over! Where, therefore, lays the hope of a better Nigeria when the process of recruitment or election has defied the very essence of true value, integrity and character required for progress in a sane society?

In the Nigeria political environment, nobody cares about integrity and ability to deliver. The likes of Chief Ede Dafinone, whose life, fame and success are built around the virtue of integrity and good conscience, are in short supply in our political space. What matters to some of those running for senate in Delta Central today is obeisance to some idiotic concept called, ‘the system’ and how to preserve same whether the man to be elected possesses the requisite qualities to perform or not. People are recruited on ground of assurance that the person could preserve the interests of the power brokers in a cult-like fashion. Oaths are subscribed to and the few who do not undergo such rituals have godfathers who vouch for them. What the masses say, think and do is secondary. That’s just the Nigeria’s reinvented way of governance. The way its cookie crumbles!

Those drivers of the evil system of old that has kept the people in the doldrums of poverty and avoidable distraught are seeking for elective positions today, warming up to be senators to continue to perpetuate their evil grip on the political destiny of the people. Some want to be senators, some others as Governors Etc, but the very virtue the youths are clamouring for are not within their contemplation. What Urhobo need now are men of the class and quality like Chief Ede Dafinone.

The old legacy of governance and recruitment of drivers of the system cannot help the Urhobo nation. The leaders that emerge from such a diabolic process have little or no regard for the people. The remittances to the system in form of award of contracts and physical cash betray the interests of the masses. All the blames are placed at the feet of Mr. President whereas the system is rotten from top to bottom. The way and manner governors impose local government chairmen without recourse to what the people want breed acrimony and pains. Nigeria can only move forward if the true values of the word ‘democracy’ are applied. If the people are made to decide their leaders, the leaders will in turn work for the people who so made them.

The example of Senator Ovie Omo-Agege, who emerged through a credible electoral process and is visibly working for the people in Delta State, suffice here. That is the only way democracy will thrive to promote good governance, development, peace and progress. The swarms of crude and diabolic characters that have invaded the political landscape have eroded the true essence of democratic values. We must embrace the ideal democratic consciousness for a better society. Urhobo must rise to elect Chief Ede Dafinone to lead the way in the way and manner of Senator Ovie Omo-Agege. Some who pride themselves to have all the experiences yet cannot boast of any credible electoral value should not be given any space in the coming dispensation.

Ede Dafinone is the man for the job. He has all it takes to stimulate the right atmosphere for legislative sanity towards shaping the future for the people. Those who ruined the expectations of the people over the years must be rejected and flushed into the septic tank of history for new values to flourish for our progress. Ede Dafinone is the hope of a better tomorrow. May we not reinvent agents of our unproductive past into the solution we seek for a better tomorrow! They are coming with ferocious brutality and the uninformed may be lured into buying their rotten manifesto of cancerous shame. Let Ede Dafinone carry the day for the change we seek.

Kome congratulates Oborevwori on his victory at the Supreme Court