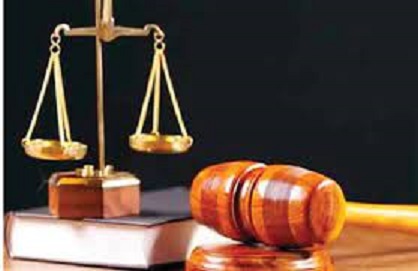 A social political pressure group, Forum of Urhobo Leaders of Thought (FULT) has filed an application for a joinder in suit by Concern Group Northern (CNG) asking the National Assembly to conduct a referendum to allow the South East gain their autonomous state of the Biafran Republic at the Federal High Court, Abuja has been filed by the Urhobo People of Delta State.

The group has approached the court stating that the people of the Eastern States of the Federal Republic of Nigeria (also known as the people of Biafra) are not the only ethnic group that is dissatisfied with the forced union/marriage of convenience called Nigeria, as the Urhobo people have suffered and are still suffering severe exclusion, deprivation, devastating health condition, under development a ravaged ecosystem and a general state of socio-political discontent with Nigeria.

The group in a 28-paragraph of affidavits sworn to by Mumakai-Unagha Aru, a Legal Practitioner on behalf of the Forum in a Motion on Notice brought pursuance to Section 36 (1) of the constitution of the Federal Republic of Nigeria 1999 as amended, order 9 rule 14 (2) (b) rule, rule 5 (3); order 26 rule 6 (1) and (2) of the Federal High Court Civil Procedure Rules 2019, decried the continues poor treatment of the Urhobo Nation in the Nigeria project.

It disclosed that despite the enormous contribution of Urhobo nation in terms of oil resources, which account for a huge percentage of the Gross Domestic Product (GDP) and Foreign Exchange Earnings (FEE), the only visible reward to the Urhobo nation has been consistent degradation, despoliation, and destruction of our environment, with no remediation strategy, thus forcing the Urhobo people to live with the hazardous effects of gas flaring and the now pervasive challenge of soot and other hazards which have continued to send our people to an early grave.

Part of the affidavits read:

That the attention of the Forum of Urhobo Leaders of Thought has been drawn to the instant suit which was filed by 4 Human Rights Activists against the Defendants herein; which seeks principally a declaration in favour of the people of South Eastern States of the Federal Republic of Nigeria (who styled themselves Indigenous People of Biafra) in respect of their right to and the quest for self-determination; and for an order of the Court directing the 2nd-4th Respondents to set the legal machinery in motion towards the actualization of self-determination by the people of Biafra from the country Nigeria. Protecting, enforcing and defending are found in 2 states in Nigeria, including Delta and Bayelsa States in Nigeria.

That the case of the Urhobo is founded on the wrongs of Relegation, Human Right Abuses, Social and Economic Deprivation, Environmental Degradation, Oppression and Marginalization Committed by the Government of Nigeria against the Urhobo.

That the wrongs are continuing arising de die in dem (from day to day) thereby resulting in the gradual but steady erosion and corrosion of the people’s psyche.

That even the 2012 United Nations Environmental Programme (UNEP) described the Niger Delta area (Urhobo nation) as a disaster and the most polluted site in the world.

That the Urhobo people’s quest for self-determination and its attendant rights has been age-long and has been central in all the demands of our forbearers to the pre-independent constitutional conferences up till the present day.

That I know as a fact that our quest for self-determination is similar to that of the people of the South Eastern States of the Federal Republic of Nigeria, even though the

Urhobo people have restrained themselves from resorting to self-help or violence in the face of grave provocation resulting from the gross injustice, impurity, marginalization, neglect, oppression and enslavement meted out against it by Nigeria.

That I also know as a fact that the Indigenous People of Biafra have variously published their political and geographical plan and map for their Republic of Biafra; and have consistently declared that Biafra is not for Igbo-speaking people only as there are other people who do not speak Igbo but are part of the Biafra Republic.

That I know as a fact that in a recent statement made by the spokesperson of IPOB, Emmanuel Nmezu and Dr Clifford Chudwuemeka Iroanya, the Indigenous People of Biafra pointed out that in the present day Nigeria, Biafra covers the following states: Abia, Akwa-Ibom, Anambra, Bayelsa, Cross River, Delta, Ebonyi, Enugu, Imo, and Rivers state as well as Igbanke in Edo state, Igala in Kogi State and Idoma in Benue state.

That I also know as a fact that the Map of Biafra has listed 25 provinces of Biafra which includes Urhobo-speaking cultural groups/ ethnic nationalities in Delta and Bayelsa States of Nigeria.

That I know as a fact that at no point in time, both in the historical past and at present, has the Urhobo ethnic nationality ever agreed or resolved to be part of the Biafra Republic. The Forum Urhobo Leaders of Thought hereby unequivocally reiterates that no Urhobo tribe or territory is part or will be part of the Republic of Biafra.

That I know as a fact that, in view of the foregoing facts, the reliefs sought in this originating summons will likely affect the rights of Applicant and indeed the larger interest of the Urhobo nation who the Applicant represents in a manner that will be irreplaceable.

That it is necessary to join the Applicant to this suit, to afford them the opportunity of asserting their right to self-determination from Nigeria, which is similar to the right being sought to be enforced in favour of the Urhobos.

That it is also necessary to join the Applicant to enable them to clarify/settle the controversy of the geographical territory of the Urhobo nation as against that of the Indigenous People of Biafra to avoid more disputes between the people of Urhobo nation and the people of Biafra which is likely to arise should the Honourable Court grant the instant application based on the current status quo.

That the Applicant is a necessary party as the instant suit cannot be fairly decided in its absence. Thus, the presence of the Applicant is necessary for the effectual and complete determination of the core issue before the Honourable Court; being the geographical territory over which the people of Biafra are entitled to have their self-determination.

That it is also necessary to join the Applicant to this suit to enable this Honourable Court to settle the question of the geographical territory of Biafra and the Urhobo Nation once and for to avoid or forestall possible future litigation on the subject matter.

That the refusal of the instant application will affect the Applicant’s fundamental right to a fair hearing.

That it is in the interest of justice to grant this application as prayed; as neither of the parties is likely to be prejudiced by the grant of this application which is brought in good faith.”

Otunumeruke urges Nigerians to go get their PVCs, says votes will count