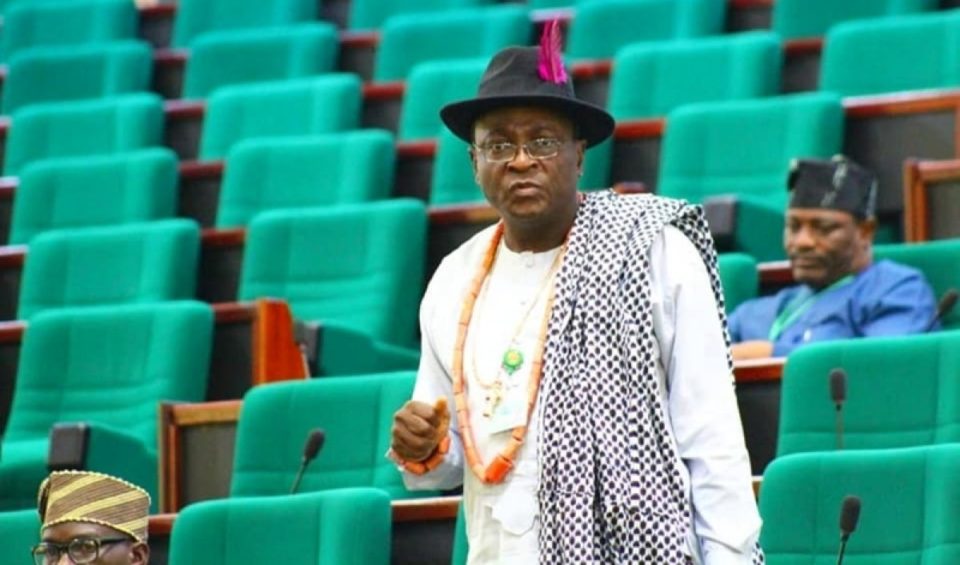 As it has become my practice to give an annual account of my stewardship, I will begin this year’s account with profound thanks to my party All Progressives Congress. This is because of my victory penultimate weekend at the primaries of the APC as the candidate of the party in the 2023 elections giving me the opportunity for a second term in office.

The third legislative year ended yesterday 10th June 2022 and I thank the almighty God for all that I accomplished. I also thank the entire people of Ughelli North, Ughelli South and Udu Federal Constituency for the overwhelming support that I enjoy. It is already established that in the matter of functional Constituency Office, presentation of petitions from constituents on the floor of the House, regular and quality attendance at House sittings and Constituency briefings, none of my predecessors match my record.  The same can be said of the core duties of lawmaking, oversight and representation. 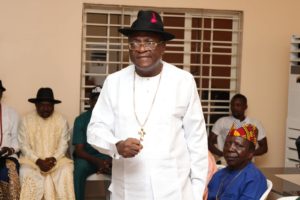 My approach in this report will be to cover the entire three years that have passed, this is because we today commence the fourth year of my first tenure. Constituents should have the opportunity to picture how they have been served as we approach the 2023 general elections. I will now discuss the core duties of a legislator and how I performed in each. Of course, I will also discuss my performance in the other aspects that have now become normal for lawmakers in Nigeria.

LAW-MAKING- this is the core mandate. I have sponsored a total of thirty-six Bills and several Motions on the floor of the House of Representatives to date. A good number of my Bills attracted national attention. These include the Bill to exempt members of the Nigeria Police Force from the Contributory Pension Scheme like their counterparts in the military, the Bill to decriminalize suicide by abolishing the one-year jail term for those who attempt suicide but rather provide psycho-social support for such persons, amendment of the CBN Act to separate the office of Board Chairman from that of the Governor, the anti-kidnapping and hostage-taking Bill etc. Others include those for the establishment of the Federal College of Nursing and Midwifery OtuJeremi, Federal Medical Centre Ovwian, ensuring concurrence in the passage of the Bill for the establishment of the Federal Polytechnic Orogun (sponsored by our indefectible DSP) which has now been signed into law by Mr. President. National Infrastructure Development Bill, amendment Bills affecting the following: Bank Employees Act, Films and Video censors Board Act, Legal Practitioners Act, Compulsory Free Universal Basic Education Act etc. My contribution to the debate on the Water Resources Bill went viral and aided the House in its final decision. I was part of the group of honourable members that advocated for justice for alleged killings during the EndSARS protests. My voice has been strong and clear on the need to sack the non-performing security chiefs, practice community policing and fiscal federalism, moderate government borrowings, and reform local government elections.

OVERSIGHT FUNCTIONS– I continue to participate in various Standing and Ad-hoc Committees of the House traversing the nation on oversight duties. And this has paid off well for our people, especially in the House Committee on Power where I serve as Deputy Chairman. I have used the clout of the office for the benefit of our people as outlined below.

RECONNECTING COMMUNITIES TO NATIONAL GRID– Several Communities that had been off the national grid for several years were reconnected as a direct result of my efforts. These include Okolor, Ekrota and Okperhenre, Ujevwu in Udu local government area as well as Agbowaime, Erhuwanrhen, Obi-Ayagha, Otor-Edo, Okobarho palace, JFM Radio and Owhawha in Ughelli South local government area. The case of AgbarghaOtor in Ughelli North received applause among our people. DSC Township in Udu LGA is set to be reconnected in a matter of days. Olomu clan is also coming up. This is no mean feat. Each one of these communities has been without electricity for a minimum of five years with some as high as ten years.

SOLAR STREET LIGHTS- I also facilitated the supply and installation of Solar Street Lights at the following locations;

ROAD CONSTRUCTION- Who ever heard of a legislator tarring a road? I facilitated the construction of Barrister Ejiro Etaghene Street in Otokutu town! I proudly cut the tape to commission this completed project early in 2022!

SOLAR MINI-GRID – I facilitated the construction of Solar Mini-grids in Okparabe town as well as in Ekakpamre Health Centre Ekakpamre. I am glad that this Primary Health Care Centre which is the busiest in Ughelli South LGA now enjoins a 24/7 electricity supply. Issues of maternal and infant mortality are being addressed. Imode & Agbaghareh Communities in Ughievwien clan and Ofrukama, Orere and other Ewu Urhie Communities have benefited from my facilitated Solar Home System wherein each home gets an independent solar system complete with panels, batteries, inverter etc. I am excited doing this for my people.

1). Block of 12 classrooms and 4 toilets at Eseophe Primary school Ughelli.

1). Renovation of a block of classrooms at Ewu Grammar School Ewu.

DISTRIBUTION OF EDUCATIONAL MATERIALS. During the last year, I distributed educational materials to pupils & students of one Public School each in the 32 Wards of the Constituency. Beneficiaries got notebooks, school bags, writing materials etc.

COVID PALLATIVES– As the impact of the lockdown became evident on livelihoods, I donated foodstuffs (several bags of Beans, Garri, Rice etc) worth millions of naira to women across the constituency. I also made huge cash donations to each of the 3 Local Government administrations in the constituency to support their efforts in assisting worse hit families.

DELIVERY OF RELIEF MATERIALS- My intervention brought Relief Materials worth several millions of naira during the flood to several affected communities in the constituency. Relief materials worth over a hundred million naira were also delivered publicly by me in several articulated trucks to victims of the Herdsmen attack in Uwheru Clan Ughelli North LGA. Items delivered include 600 bags of cement, 600 bundles of zinc, 257 bags each of rice, beans and Garri, 257 pieces of wax print and guinea brocade, 514 pieces each of mattresses and blankets, 170 packets of zinc nails, 85 bags of 3 inches nails, 50 cartons each of toilet soap, detergent, Maggi seasoning, 30 kegs of tomatoes paste, 30 kegs of vegetable oil etc.

EMPOWERMENT – My empowerment program has seen over three hundred beneficiaries smile home with various cash sums while six persons got vehicles, twenty-eight got motorcycles, thirty-eight got sewing machines, fifteen got laptops, three got generators, 2 got grinding machines and 1 refrigerator. And there are more to come.

EMPLOYMENT OPPORTUNITIES– I secured slots for several of our young graduate Engineers in the DISCOS and other placements in Govt Agencies and the security outfits.

PILGRIMAGE– I got some slots for a number of our clergymen for pilgrimage to the Holy Land during the first half of his first tenure. We can only expect more.

DONATIONS– Apart from regularly paying school fees, house rent, hospital bills and marriage or burial support (which today has sadly become the main duties of legislators. And of course, attending several ceremonies), I made donations worth millions of naira to several churches, law enforcement & corporate organizations within the constituency.

I AM GRATEFUL– I am grateful to our people for your continued warm support, prayers, cooperation, suggestions and goodwill. Especially as we get close to the 2023 elections I request that we don’t go back to the dark days of absentee representation. Give me the mandate again to serve you this time as a ranking member of the House of Representatives and I assure you of more dividends of democracy. I can’t end this address without appreciating the kind support and leadership of His Excellency the Deputy President of the Senate of the Federal Republic of Nigeria Most Distinguished Senator Ovie Omo-Agege, the Obarisi of Urhoboland and in-coming Governor of Delta State.

Together we will make the difference for our people.

Terrorism: Absence of judge stalls arraignment of Delta Monarch, 2 others

PR is building and sustaining relationships of trust for your organization, oneself -Aniagwu