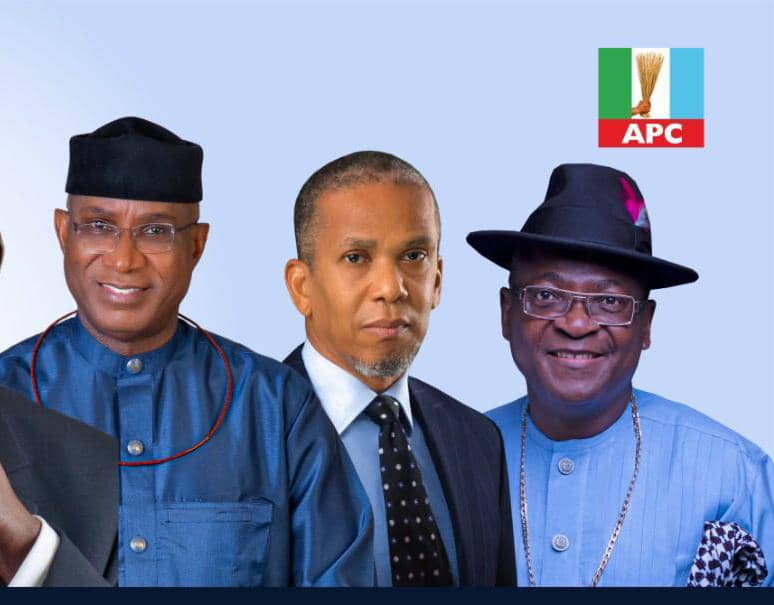 There is a seeming revolution in Delta State particularly in the Delta Central Senatorial District. Those living in a self-delusion of an invincibility status for PDP may not see the bubble that is about to burst. In 2019, APC won Delta Central and one House of Representative seat for the National Assembly polls. Ahead of 2023, Delta Central can now boast of a Deputy President of the Nigerian Senate as a gubernatorial candidate besides other men of integrity lined up by the APC for the National Assembly polls. And with the intractable crisis rocking the PDP all over Nigeria over the choice of Ifeanyi Okowa as Vice Presidential candidate coupled with the choice of gubernatorial candidate for Delta State, it is certain PDP is heading for the rocks in 2023.

While many PDP faithful who are blinded by party loyalty may not admit that the party is on life support in the state, no less a personality than the only senator on the PDP platform, Senator James Manager has declared without equivocation that PDP is on the verge of collapse and death. He declared succinctly in a statement “I’m greatly disturbed by the recent happenings at the party today. I would not feign ignorance as the party is drowning and dying gradually. If nobody is seeing it, I am seeing it and I am also feeling it greatly. I would have initiated certain preliminary actions pro bono but because I’m directly involved as a contender, I’m constrained. I want to be extremely careful and cautious with suggestions and interventions.’’

That is the only PDP senator in the state, expressing genuine fears that PDP was facing her worst existential threats ahead of 2023. As I write this piece, PDP is not sure who their gubernatorial candidate is. Between Sheriff Oborevwori and David Edevbie, Senator Ovie Omo-Agege does not know who his opponent would be in next year’s polls. Both contenders to the PDP ticket are in court, tearing themselves to pieces in an attempt to grab the party ticket. But APC is at peace with Senator Ovie Omo-Agege as nobody is laying claim to the ticket and if the elections were to hold today, Omo-Agege will win handsomely. APC is merely waiting for the day of the election, whether sooner or later, APC is ready while PDP is in tatters. The current situation is no doubt a plus for APC candidates at all levels.

In Delta Central, Chief Ede Dafinone, the son of Late Senator David Omueya Dafinone would be on the ballot for Senate on the APC platform. Ede Dafinone is one of the best things to happen to Urhobo in recent times. Following the excellent and unprecedented performance of Ovie Omo-Agege in the senate, APC couldn’t have sent a personality with less credibility to replace him. The choice of Ede Dafinone is therefore a perfect one. Coupled with the crisis in the PDP, Dafinone will definitely reap massively to further enhance his chances in the coming polls. Whatever PDP decides to do with Sheriff Oborevwori will certainly benefit Dafinone in the long run. PDP is today highly polarized between Sheriff and Edevbie. Wherever the pendulum swing, PDP cannot remain the same after the crisis.

If the PDP ticket remains with Edevbie in line with the Abuja Federal High Court ruling, Okpe will be difficult for the PDP to win. That will also have an effect in Sapele where the APC Senatorial Candidate hail from. Ughelli North will always be a no-go area for PDP because of the Omo-Agege effect and magic. That would be three local government areas gone. In the Ethiope Federal Constituency where James Ibori’s daughter was muzzled through the needle’s eye against wide expectations of returning the high-performing Ben Igbakpa to the National Assembly, the PDP will fight an even tougher battle. Former member of the House of Representatives, Rt Hon Halims Agoda who is tested and proven would be on the ballot for APC against the PDP candidate who is proven to lack the capability and capacity to represent herself much more than the people of the federal constituency. Erhiatake Ibori Suenu does not have the mental and representative capability to deliver and that is a minus for the PDP and a plus for APC. The APC candidate will encourage the people to give generous votes to Ede Dafinone in some critical areas particularly in Ethiope East with a sitting APC House of Assembly member on the ballot.

In the Okpe/Sapele/Uvwie Federal Constituency, Hon Henry Baro would be on the ballot for the APC against Hon Evelyn Oboro of the PDP. Already, PDP is facing huge post-primary election trauma which it has not fully recovered from. The incumbent Efe Afe was denied the return ticket because the PDP gubernatorial candidate, Sheriff Oborevwori was to come from his Okpe LGA. But with the current situation, Okpe may lose everything and that will not augur well for PDP in the area. Hon Henry Baro, a former Chairman of Uvwie Local Government Area who left office in weird circumstances because he fell out with the then governor, is a huge asset to the APC and as King of the boys, he could pull surprises. He will surely give Oboro the fight of her life and APC will certainly stand a big chance in the area.
For the Ughelli North/Ugghelli South/Udu Federal constituency, there is no gainsaying the fact that APC’s Hon Francis Waive is as good as having been returned unopposed in 2023. PDP sure have no candidate and whoever eventually gets it will stand on a weak foundation of inter-party strife over the party ticket. Both Solomon Awhinawhin and Talib Tebite are laying claim to the ticket and till date, nobody knows who the true PDP candidate is. Whoever eventually gets it will have a sitting member in the person of Rt Hon Francis Waive and Senator Ovie Omo-Agege to contend with. Omo-Agege is putting everything into the race and he won’t allow his senatorial district and federal constituency to slip through his fingers prior to the gubernatorial elections. He would want to win to prove that he was prepared for his own election. That is why fresh leaves will catch fire in a blazing political crossfire in the National Assembly election.

In all, Ede Dafinone sure has a very bright chance of becoming the next senator. Nigerians are getting better exposed and are asking questions so as to get the best materials on board. Between Ede Dafinone of the APC, Ighoyota Amori of the PDP and Peters Omaruaye of APGA, Dafinone sure has greater street credibility. His integrity profile and representative capability cannot be faulted having distinguished himself in the private sector. If Urhobo truly wants the best to represent them in 2023, Urhobo should think of Dafinone and not some political merchants and traders, who trade Urhobo honour for personal gains and move about like some patriots whereas, their survival depends on how far they can dip Urhobo in the mud of betrayal. Urhobo cannot afford to miss a man of Ede Dafinone’s clout as the next senator for Delta Central.

Protesting pensioners are led by APC political agents, not our retirees- Delta Govt