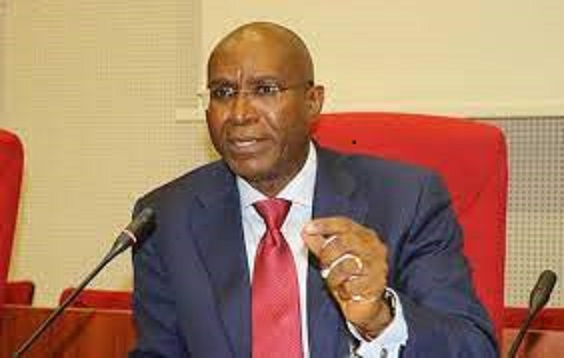 The Deputy President of the Senate, Senator Ovie Omo-Agege has called for the inclusion of women as beneficiaries of the Host Communities Fund component of the Petroleum Industry Act.

He emphasised that women’s inclusion in the application of the Petroleum Industry Act’s three percent Host Communities Fund is a sure path to development.

Senator Omo-Agege stated this Thursday in Abuja when he hosted a delegation of Niger Delta Budget Monitoring Group.

Represented by his Chief of Staff, Dr Otive Igbuzor, the Delta Central lawmaker advised that the advocacy be extended to the Executive arm of government since it is the final authority in implementing the Act.

“I am gender-sensitive. I support the inclusion of women in the development process. So you can be assured of our support in terms of your demand for women’s inclusion in the relevant structures of the Petroleum Industry Act.

“But you also need to continue the advocacy, especially the Executive arm of government because they are the ones that will make the final appointment. And they are also responsible for the implementation of those areas. But you can rest assured of our commitment to continue to push for women’s inclusion in development and justice for women”, he said.

Earlier, the leader of the delegation, Mrs Glory Bassey called for the inclusion of women in the application of the three percent Host Communities Fund of the Petroleum Industry Act.

The group, she said, was founded in 2005 with a mission to promote transparency and accountability for the consolidation of Nigeria’s democracy.

She asked the federal lawmaker to lend his voice for the inclusion of women in the application of the Petroleum Industry Act’s 3 percent Host Communities Fund.

She lamented that gender inequality is one of the oldest and most pervasive forms of inequality, adding that about 153 countries have laws that promote gender discrimination.

She said: “In tackling the problem and advocating for women’s economic inclusion in the Niger Delta with the Petroleum Industry Act as an enabler, our organisation is embarking on a 30% campaign that focuses on ensuring female participation in extractive – resource – governance, making sure women participate strategically in local governing structures and extractive industry boards, community development committees, governing organs of petroleum companies, governmental entities, and communities’ trust funds, where decisions on resource allocations and management are to be made in consultations with other gatekeepers in the oil and gas host communities in line with the Petroleum Industry Act”.

Court Judgement: Oborevwori calls for calm, says no cause for alarm