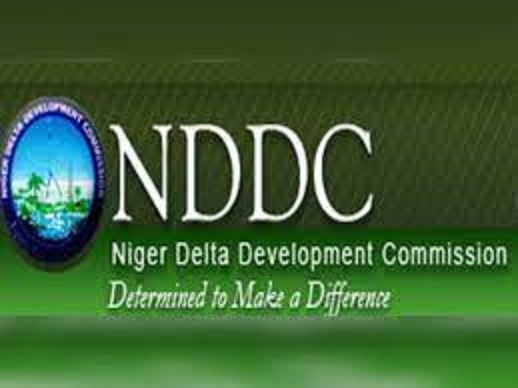 A Niger Delta transparency group, the Ijaw Interest Advocates (IIA) also known as Izanzan Intellectual Camp has decried the ongoing illegality of administering the Niger Delta Development Commission (NDDC) with a Sole Administrator in contravention of the NDDC Act, stating that the Commission “no longer serves the interest of the people of the region.”

The group which had earlier urged President Buhari to inaugurate the substantive Board of the Commission in accordance with the law stated that in the three years of NDDC being administered by Interim Managements/Sole Administrator contraptions since October 2019, “the region became retrogressive and returned back to the dark days of under development.”

There have been unending calls by authentic stakeholders who have consistently demanded that the NDDC Act should be complied with in the governance of the Commission noting that it is illegal to have contraptions of interim management committees / sole administrator to administer the NDDC and arbitrarily utilise the monthly sums due to the Commission.

In a statement issued by its National Coordinator, Comrade Ererebo Yerinmene Salaco (SNR), he alleged that “during the tenure of former Minister of Niger Delta Affairs, Godswill Akpabio, the NDDC was traded out to cabals within the Presidency due to selfish Presidential Ambition to the detriment of the Niger Delta region.”

The group stated that “the commission is no longer serving the people of Niger Delta, the monies meant for the development of the region are now shared freely in Abuja. The damage caused by Akpabio and the NDDC cabal in the Presidency within the short period of 3 years is worse than all the years put together from the inception of the commission.”

According to Salaco, “as we speak, the cabal in the presidency is absolutely in control and has refused to lose grip on the commission to serve the Niger Delta and its people. NDDC is the latest fat cash cow and it’s a conduit pipe where free funds are looted unchallenged.”

Ijaw Interest Advocates also alleged that “anytime money is released from Abuja to NDDC it usually comes with a long list of fake emergency and desilting jobs from the Abuja cabal contractors, most of them without site, leaving genuine contractors in the Niger Delta to their fate. They are working to cancel over 2,000 existing jobs when they have awarded themselves fake fresh jobs in Abuja. In fact, it’s those fake emergency and desilting jobs without site or location they have been paying for in Abuja for almost 4 years now.”

Salaco further queried, “how can they cancel jobs that are duly awarded when they didn’t mobilise with a penny? The little efforts the contractors made are still unpaid for; instead, Abuja cabal and the system are busy looting the money meant for the development of the region.”

IIA insisted that “some of the looters that created the dislocation of the system with Akpabio and awarded fresh emergency contracts to themselves and got paid in billions without due process, are the same people calling for the cancellation of jobs/contracts that passed through due process of tender bidding with Bureau of Public Procurement (BPP) and even Federal Executive Council (FEC) approval.”

Salaco regretted that “the monies meant for the all-round development of the region doesn’t get to Niger Delta any longer but are freely shared in Abuja every day by those that don’t have a cup of crude oil in their backyards. Contractors are crying in Niger Delta, common Niger Deltans are suffering and dying every day while the cabal continues to butcher the money in Abuja without fear yet our people are mute over this injustice that is endangering the future of the Niger Delta.”

Currently, there is increasing anger against the Federal Government in the Niger Delta region as a result of the very poor, biased, illegal and provocative actions of the Federal Government in the handling of matters concerning the NDDC and the Niger Delta region. Specifically, the NDDC has in the past three years been administered with illegal interim managements/sole administrator contraptions, contrary to the provisions of the NDDC Act and negates fair and equitable representation which a board guarantees and which ensures proper governance, accountability, equity and fairness to the nine constituent states.

The group also alleged that “NDDC has eleven directorates designed for eleven directors but Akpabio for his political ambition, flooded the system with over 60 directors to satisfy his kinsmen. Some had triple promotions, and some were employed as directors, so the entire system is in ruins under the watch of the presidency. Who will now take care of the many bogus allowances meant for the directors?”

Salaco also alleged that “he (Akpabio) employed thousands of people from outside the Niger Delta for an agency meant to employ Niger Deltans and to develop the region that has suffered untold age-long deprivation. To start with, how many Niger Deltans are employed in the North East Development Commission (NEDC)?”

A broad assemblage of Niger Delta stakeholders also believes that by ending the ongoing illegality of sole administratorship in NDDC and inaugurating the Commission’s substantive board in compliance with the law, to represent the nine constituent states, it will inevitably ensure proper corporate governance, checks and balances, accountability, transparency, and probity in managing the Commission.

Delta 2023: Osanebi is a perfect choice, he is a great youth mobiliser -Elder Sobotie