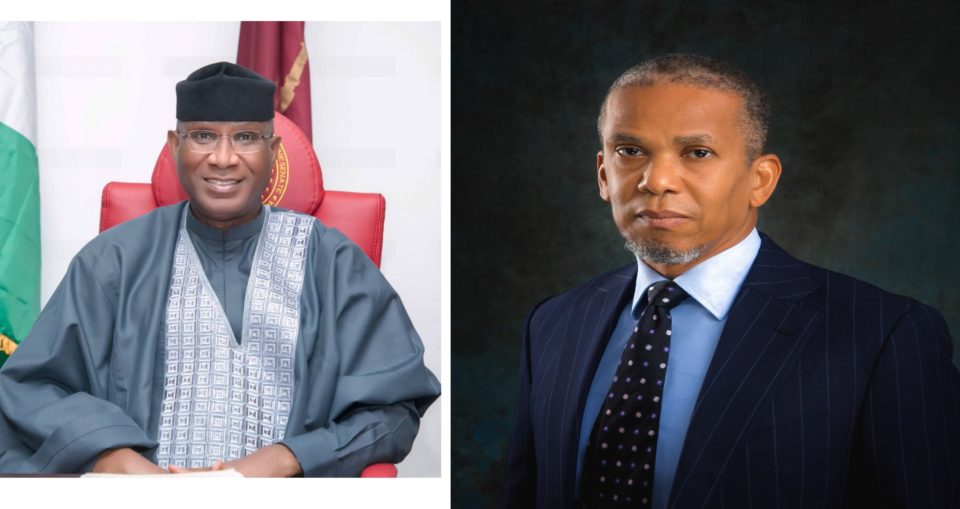 The group in a statement while reacting to what they described as a malicious, mischievous and baseless assertion on Facebook by an avatar that goes by the name ‘Omoviroro Patrick Owanogho’ said that no amount of blackmail can make them lose focus on their quest to rescue Delta, come 2023 general elections.

They urged well-meaning Deltans to discard the post as that which came from a sick man that needed help, noting that  Omoviroro Patrick Owanogho’ in recent times also took on Ibori, Okowa, Omo-Agege and other leaders for no just cause.

The said Omoviroro Patrick Owanogho at about 6 pm on Monday in his usual stock in trade of spreading falsehood and throwing titanium on perceived political opponents of his principal, in clear mischief posted a quote allegedly authored by Ede Dafinone that: “OmoAgege is using my senatorial position as a bargaining chip with Ighoyota Amori. I will destroy APC in Delta.”

DPN in the statement signed by its spokesperson, Comrade Emonisa Ochuko, called on security agencies in the state to fish out the crown operating the avatar account and bring him to book, noting that if he is left unchecked to continue to spread fake news and inciting hate, it could lead to a breach of the law.

According to Ochuko, “ordinarily we would have let this pass as the antics of a drowning warlord and his deluded supporters who are clutching to anything available and within reach in their ignoble quest to political retirement.

This same young man who from our investigation suffers from character defects has taken it as a pastime to haul insults on prominent APC leaders and post unfounded and unsubstantiated quotations attributing them to leaders in APC and PDP with the sole aim of inciting hate and causing discord amongst political leaders in Delta.

“We, therefore, want to use this medium to call on security agencies in the state to fish out and bring to book the man behind the dastardly act which if not checked is capable of leading to the breakdown of law and order.

“We also called on the people’s general to call his foot soldiers to order and enjoined them to go about his campaign without going to the gutters and play by the rule, by addressing issues rather than inciting comments which is capable of causing a branch of peace.

“Nobody has the monopoly on cyberbullying, we are, however, constrained because our leaders are refined persons and the contest is between brothers, hence we are choosing the path of peace, but if pushed further, we shall unleash our full arsenal in self-defence.

The Kingmaker and the Crown: Why Ede Dafinone rightly fits the bill