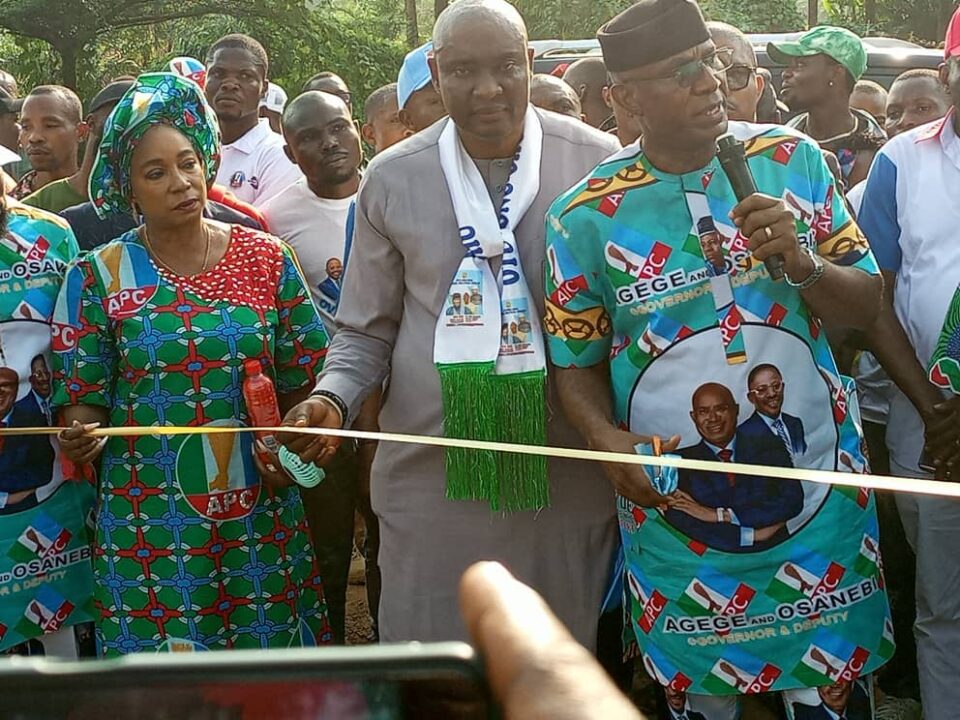 The former PDP supporters, while dumping the Party, vowed to deliver all candidates of APC including Asiwaju Bola Tinubu and Ovie Omo-Agege for President and Governor respectively.

They stated that despite having the Governor in their locality, the little projects were executed by the APC-led Federal Government of President Mohammadu Buhari.

The defectors were received into the APC by the Deputy President of the Senate, Senator Ovie Omo-Agege; Delta APC Chairman, Elder Omeni Sobotie; Rt. Hon. Friday Osanebi during the APC Ward -to- Ward campaign to Ute-Okpu.

The defectors were from the different Wards in the Council including Owa-Alero Ward 2, the voting Ward of incumbent Governor and Vice Presidential candidate of the PDP, Senator Okowa.

Receiving the defectors on behalf of the Party, the State APC Chairman, Elder Sobotie said the doors of APC are open to receive more Deltans who are appalled by the PDP-led government of Okowa in the last seven years.

He added that their defection of the PDP members signified that Deltans were tired and dissatisfied with the maladministration of Okowa-led government in the State.

He specifically commended Hon. Chamberlain Dunkwu, Senior Special Assistant (SSA) to the Speaker of the House of Representatives, Rt. Hon. Femi Gbajabiamila, for winning PDP members into the party and for attracting Federal Government projects to Ika North East.

Mainwehile, the Deputy President of the Senate, Senator Ovie Omo-Agege have commissioned some network of roads and over 300 poles of solar street lights executed by the APC-led government in Ute-Okpu in Ika North East.

Some of the roads commissioned by Omo-Agege includes Dunkwu Street and installations of Street lights, construction of 2 kilometers Ute-Okpu road, special maintenance repairs of Ebu-Akpara/Umueze Street, Ibiegwa Ute-Okpu and construction of two boreholes in Ute-Okpu.