Delta State Governor and the PDP Vice Presidential Candidate, Senator Ifeanyi Okowa has appointed a seasoned IT specialist and a businessman, Mr Fidelis Adjogbe as his Senior Special Assistant-Political.

Adjogbe’s appointment was contained in a letter dated 5th, September 2022 issued and signed by the Secretary to the State Government, Chief Patrick Ukah.

The letter reads in part: “I am pleased to convey to you, your appointments as Senior Special Assistant (Political) to the Governor of Delta State, His Excellency, Senator Dr. Ifeanyi Arthur Okowa with effects from 5th, September 2022. 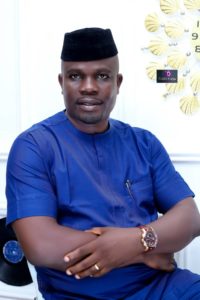 “Your appointment which is at the instance and pleasure of the His Excellency, the Governor, attracts the following salary and allowances…”

It would be recalled that Adjogbe, a former All Progressive Congress, APC, House of Assembly aspirant for Ughelli North Constituency I, 2023 general elections, dumped the party for what he described as a lack of internal democracy.

Adjogbe, who since he joined PDP has been mobilizing support for the party at the grassroot level in Ughelli 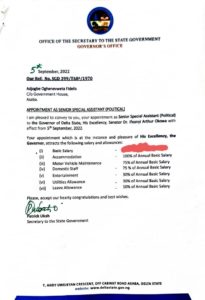