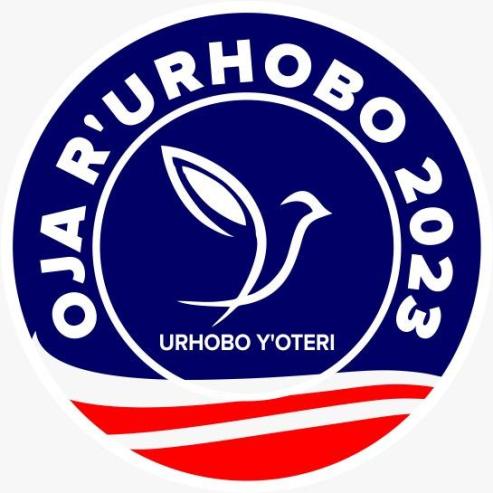 The Oja R’Urhobo 2023 a strategic group of Urhobos comprising Urhobo traditional leaders, professionals and intellectuals and a conglomeration of Urhobo associations has congratulated various Urhobos who won their party governorship primaries to emerge candidates for the 2023 general elections.

The group which came together in the build-up to party primaries for the 2023 governorship election in Delta State, with the objective of ensuring that an Urhobo of Delta Central becomes the Governor of Delta State in 2023, said that they have achieved its goal.

The statement reads in part: “We congratulate the winners of the various Governorship primaries across the political parties, particularly Rt. Hon. Sheriff Oborewvori of the Peoples Democratic Party (PDP), Senator Ovie Omo-Agege of the All Progressive Congress (APC), Chief Kenneth Gbagi of the Social Democratic Party (SDP), Chief Great Ogboru of the All Progressive Grand Alliance (APGA), Comrade Efe Ekure of the African Democratic Congress (ADC) Mr Jenkins Duvie Gwede of the Action Alliance Party (AA) and the flagbearers of other parties that have also concluded their primaries. Indeed, Our Slogan Of Urhobo Y’oteri Has Been Achieved.

“We commend the candidates for their passion, dedication, and commitment through the primaries. Indeed, your emergence as the flagbearers of your parties demonstrates your belief and interest in the progress of our dear state.

“Delta State needs transformational leaders and as you progress towards the electioneering campaigns, we appeal to you to consider the salient matters of governance such as Economic Progress, Poverty Alleviation, Power, Infrastructure, Education, Technology, Tourism and Youth Empowerment. These are critical success factors and should take centre stage with clear strategies and implementation plans for our dear State.

“The Urhobo culture is deeply rooted in respect for elders, oneself and for others. We, therefore, appeal to you to conduct your campaigns in a manner devoid of acrimony, divisiveness, and treachery.

“As candidates, we call on you to eschew all forms of violence and acts that will encourage any form of dehumanization or dirty fights which could lead to a major security crisis in our peaceful state. We call on political leaders and stakeholders to pay special attention to their actions and inactions during this season. We must work together for peace and tranquillity and de-escalate any tension in the State.

“We commend the courage, sportsmanship and maturity displayed by other aspirants who participated in the primaries and urge them to continue to support the democratic process. We urge those who are victorious to be magnanimous in victory and close ranks with their fellow colleagues in other to project a united front towards the main elections.

“We urge Deltans, Civil society and the democratic process to be vigilant to ensure that all votes at the main elections are counted and that all votes count in Delta State 2023. We urge all stakeholders to place common interest above personal interest. We must commit to upholding virtues that will sustain our democracy and advance the cause of good governance, peace and sustainable development.

“Once again, congratulations to all our brothers.”

EDO APC House of Reps candidate, Osawaru condemns an attempt by a rival to substitute his name

Police arrest 4 over the death of a retired police officer, 2 others in Delta