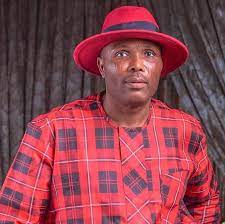 The media team in a statement signed by Comrade Barry Agbanigbi disclosed that there is no suit on the candidacy of Evangelist Michael Diden that is before any court in Abuja, describing the report as fake news designed to cause confusion within the ranks of Delta State PDP.

The story is a work of fiction as no suit on the candidacy of Evangelist Michael Diden, alias Ejele, is before any court in Abuja. It was fake news designed to cause confusion within the ranks of Delta State PDP and distract him from the task of ensuring Delta South gets effective representation in the Red Chamber in 2023. Unfortunately for the persons behind this condemnable act, they have failed woefully.

The fake news authors gave their sinister motives away through their lack of knowledge of the basics of reporting proceedings in a court. Some of the brazen ignorance displayed by the purveyors of the fiction are:

There was no mention of the judge’s name nor any copious quote made in the course of the “ruling”.

No mention was made of the identity of the plaintiff or plaintiffs.

A crucial part of a story on the courts – the reliefs sought by the plaintiff(s) – was not mentioned. If no relief was sought, then on what basis was the “ruling” made?

The only suit challenging the candidature of Ejele is held at the Federal High Court, Warri and the hearing is yet to commence.  And there is no way a judgement can be entered in a case ahead of the hearing.

It is clear that the fiction is the product of amateur reactionary forces with an agenda to sow discord within the ranks of the Delta South Senatorial District.

To the purveyors of the story, we believe that the issue of removal from the position that had been achieved purely on merit should not be unduly trivialized and used to score cheap political points.

While our Principal, Evangelist Diden- AKA Ejele has continued to appreciate the role of social media in the promotion of our hard-earned democracy, we advise the practitioners to shun inciting and provocative reports.”

I have no job to offer in Chevron- Engr. Odhegolo