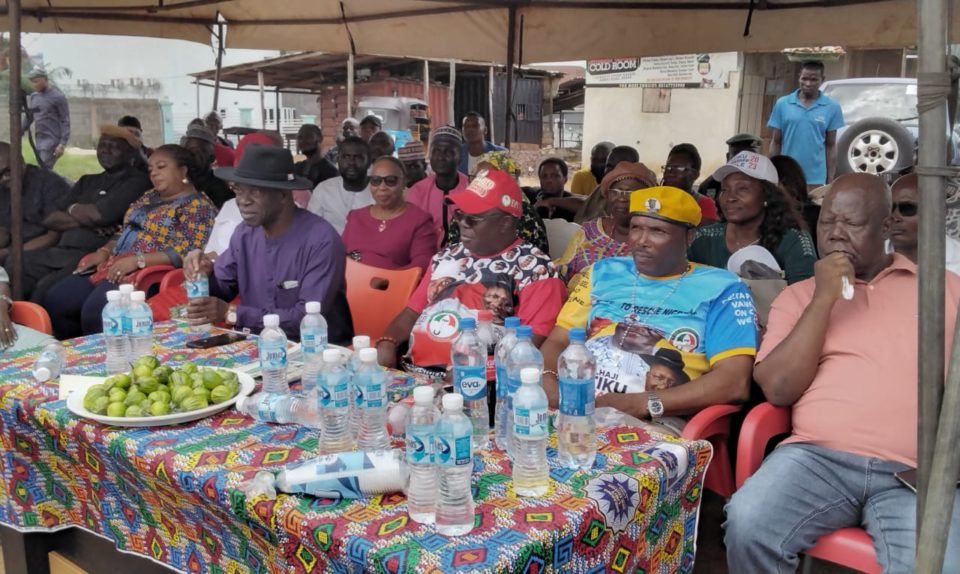 The Leadership of the Delta Political Vanguard (DPV) has said it would continue its support for the governorship ambition of the Speaker of the State House of Assembly, Rt. Hon Sheriff Oborevwori until the courts rule otherwise.

National Chairman of the group and PDP candidate for Delta South Senatorial District, Hon. Michael Diden, disclosed this while addressing members at a meeting in Asaba on Tuesday.

He urged PDP faithful in the state to remain resolute and defend their choice of Oborevwori as the party’s guber candidate.

He said that as stakeholders they have supported and worked for the leaders in the past and expect them to work for them too instead of dragging them to court on frivolous accusations.

“In 2018, I contested for Senate primaries and many people here supported me but I lost the election for the sake of the party we put everything behind us and worked for the victory of the party in all elections.

“All that contested the governorship under the party, are all our friends and brothers but Sheriff Oborevwori was generally accepted and voted overwhelmingly at the party primaries and we will stand to defend our votes,” he said.

Welcoming members earlier, the Director-General of the group, Hon. Ifeanyi Eboigbe said the meeting was called to pray and glorify the name of God ahead of the Appeal Court ruling.

He urged members to remain confident and hopeful for a favourable outcome at the Appeal Court, adding that they would not allow anyone to come through the back door to become governor in the state.

“We are here to glorify God today and to let Deltans and Nigerians at large know that we DPV and PDP family in Delta are strongly waiting for the court ruling.

“We are very confident and we are not shaking at all and we are using this medium to tell all our followers that we are not disturbed.

“We remain resolute in our support for Sheriff Oborevwori because the primary election was won overwhelmingly by him and we will not allow anyone to short-change that.

“As it was in 2015 and 2019 so it shall be in 2023, we did it before with your support and that of Deltans and we will do it again. Our hands are wide open and we welcome everybody because the more the merrier.

“And we shall be having a mega rally on August 14 at a venue to be communicated later,” he said.

They urged members to remain united in support of the PDP and Alhaji Atiku Abubakar who had graciously chosen Governor Ifeanyi Okowa as his running mate.

The meeting featured prayers for Sheriff Oborevwori and his running mate Chief Monday Onyeme as well as Atiku and Okowa.