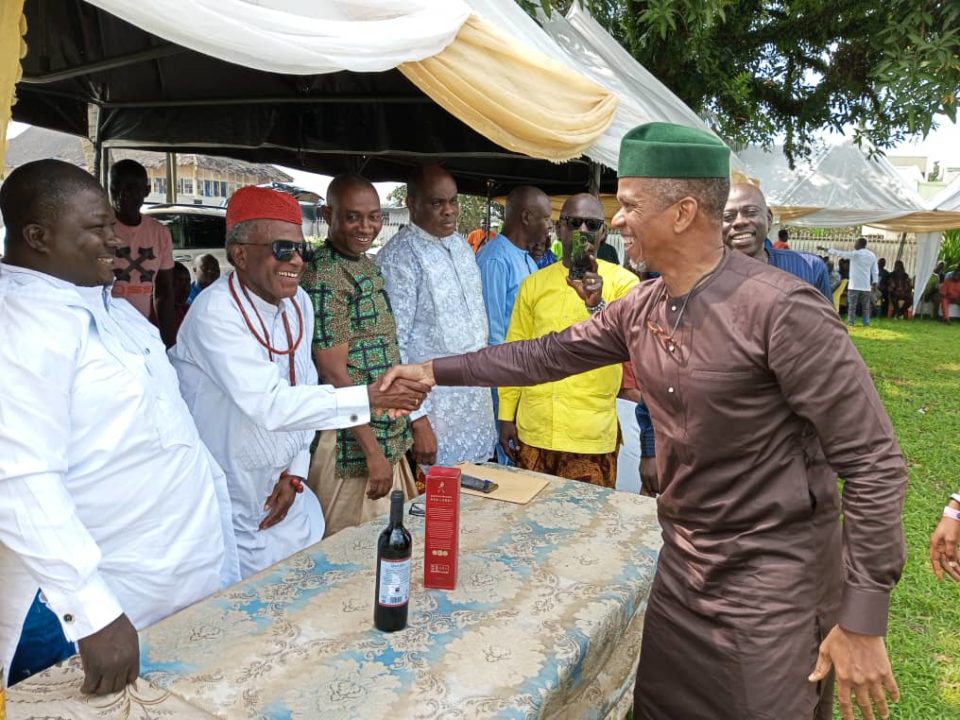 Chief Dafinone who is also the Central Senatorial candidate of the All Progressive Congress, APC, charge the new executive to work as a team and put the interest of Sapele-Okpe Community above their personal interest.

He also called for unity among community members, saying Temiagin has served the community over the years and his victory should be embraced by all.

Dafinone stated this while he hosted members of the Sapele Okpe Community at his house in Sapele said, “I congratulate Temiagin on his victory at the election, I must say the election was free and fair .

“Over the years Temiagin has contributed to the development of the community and we must thank him for accepting to serve us
served us.

“All the executives are my candidates. My job as the trust chairman is to make sure that a free, fair, credible and transparent election was carried out, to make sure that there’s no rancor bitterness after the elections.

“There is no victor no vanquish, you should run an all inclusive government, don’t say because this person is not in my camp, you must know we are all brothers and sisters so let the spirit of oneness flow.”

Dafinone also applauded the election committee for a job well done, urging members of the community to give the chairman and his executives the necessary support they needed in piloting the affairs of the community.

He then welcome and extended his hands of fellowship to the aggrieved group, (Okariko and Egbejule family) members whom he said approached him before the elections to be united with the community, before announcing Obomine Ekariko as the new Youth President and Ojarikre Belvin as the Vice President.

Dafinone also solicited community’s support for his senatorial election next year, “I am yours, my doors are always open. I told them in Okpe the other day that I am not expecting to lose a vote because we are all Okpes and I am your son, though I might not get hundred percent here in Sapele, I am expecting to win here convincingly.” 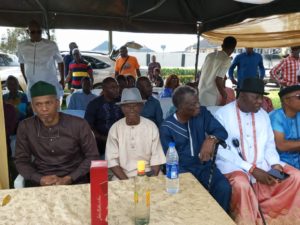 Meanwhile, the Chairman of Sapele-Okpe community, Chief Onoriode Temiagin while thanking members of the community, pledged with his Executives to defend the community from the four quarters (Egborode, Amuogodo, Oton and Etama) without fear or favour.

“I want to pledge that I and my executives will defend the land of Sapele from all the quarter without fear or favor. We want to promise the Trust and the crown of Okpe kingdom. Thank you all for giving us the opportunity to serve and you will never regret it,” he said.

Ogiame Atuwatse III is a beacon of peace, says Macaulay