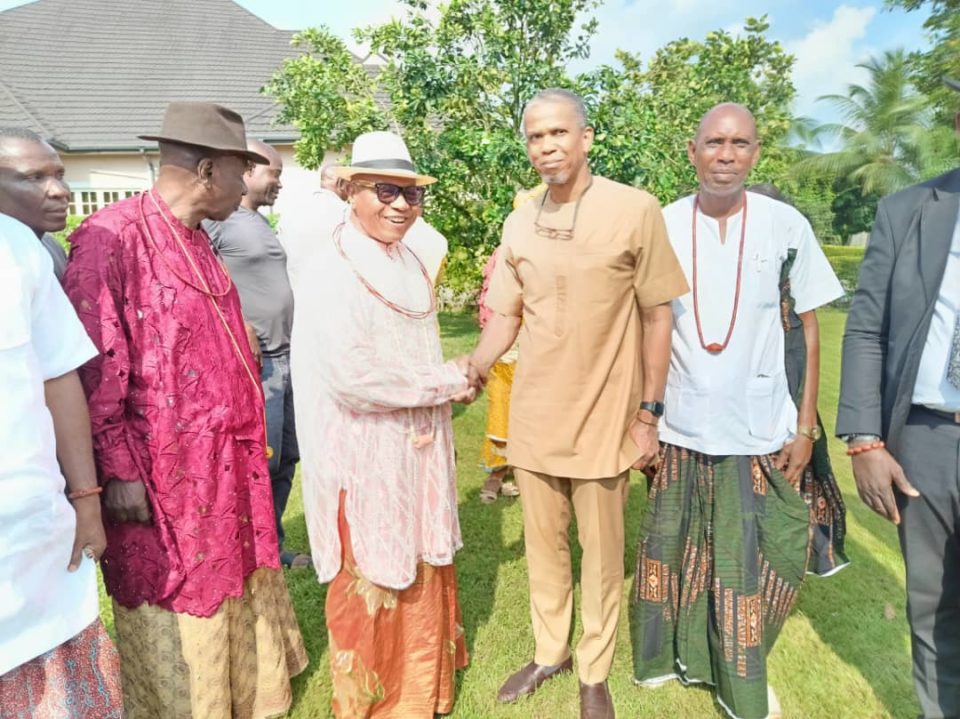 Chief Godwin Notoma, the President General of UUC and Chief Ede Dafinone in a handshake

The All Progressive Congress, Delta Central Senatorial Candidate, Chief Ede Dafinone, on Friday solicited the support of the President General of Union of Udu Communities (UUC) Chief Godwin Notoma, Igben Political Family (IPF) and the Elderest man of Enerhen Community, Chief Francis Deje ahead of the forthcoming general elections across the country.

Chief Dafinone who spoke during his separate consultation visits to the President General of Udu kingdom, Igben Political Family (IPF) and the Elderestman of Enerhen Community, said that his visit was to inform them of his intent to represent them at the senate and seek for their blessings and supports.

The renowned chartered accountant and business tycoon said that he is the most qualified and experienced candidate and has the needed local and international exposure and contacts to give the people of Delta Central effective representation at the Senate in the next political dispensation.

Dafinone while charging members of the Igben Political Family (IPF) to redouble their effort in reaching out to voters at the grassroots assured them that their days in the opposition in Delta State will soon come to an end as the APC under the leadership of the Deputy Senate President, Obaisi Ovie Omo-Agege will take over government in the state come 2023. 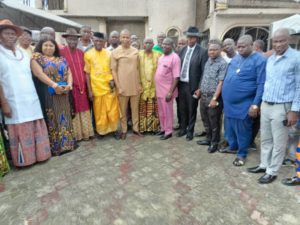 He said; “We have an expressway to the government house. The next few months will bring our opposition to an end. We shall now hand over the opposition to the PDP by next year because our leader, the Deputy Senate President, Obaisi Ovie Omo-Agege has made the Delta APC work easier in the 2023 general elections.

DSP Omo-Agege’s performance in the Senate shows that when he assumes office as the  Governor of Delta State, he will do beyond the present transformation witnessed in Delta Central and other parts of the State.”

He further urged IPF to do more door-to-door canvassing for votes when the campaign kicks off, in order to deliver all the candidates of APC in the forthcoming elections.

In their separate responses, Hon. Harvest Igben, Federal Commissioner, Public Complaint Commission, while assuring Chief Ede Dafinone of his group’s full support for all APC candidates, noted that Udu APC has always given block votes in all the elections.

While praying for the victory of Dafinone’s senatorial election, Chief Godwin Notoma, the President General of UUC noted that Udu people are not afraid of standing by their decision during elections adding that Udu and Okpe were one local council before it was spilted.

On his part, Chief Francis Deje, Elderestman (Okpakorere) of Enerhen Community, urged Dafinone to remember Enerhen Community when he emerges the Senator, adding that his victory is unshakable.

I have no job to offer in Chevron- Engr. Odhegolo

You’re a source of inspiration to many, Omo-Agege tells Olu of Warri