Your case is dead on arrival, Delta…

Following the spate of killings arising from rivalry among cult groups, the police in Ughelli along with operatives of local vigilante groups have declared one Macaulay Prince Ochuko Bright Ovwata wanted.

The suspect is believed to be the mastermind of violent cult activities that have repeatedly left a trail of bloodshed in the town.

Sources within the security circle alleged that Macaulay Ochuko Bright Ovwata also called Prince has a hand in virtually every cult-related activity in and around Ughelli as well as being involved in other criminal acts as well as members of any of the Movement for Emancipation of Niger Delta (MEND), Niger Delta Volunteer People Volunteer Force (NDPVF), Niger Delta Liberation Force (NDLF) and Niger Delta Avengers (NDA).

A police source said the investigation revealed that the suspect has been actively involved in the alleged crimes for over a decade and was again linked to the recent killings arising from cult groups’ clash in Ughelli.

The source added that the intelligence report said the suspect has been alleged of also being a member of the proscribed terrorist organization, Independent People of Biafra (IPOB) and was actively sponsoring their activities in Italy.

It would be recalled that a clash among cult groups in Okorodafe Street in Ughelli claimed the life of one person leaving several others with life-threatening injuries. 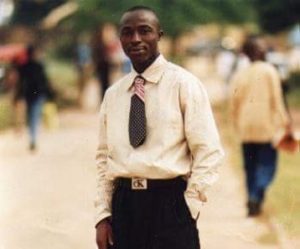 Members of Aro-baggers, Manfight and Eiye confraternities were those engaged in the clash that raised tension in the town which peace was already being disturbed by the intra-communal conflict of Ekiugbo and Otor-Iwhreko communities.

The suspect was said to speak English, Bini and Urhobo language fluently. Dark in complexion with average height and tribal mark, any member of the public with links and information to his whereabouts was requested to contact the nearest police station for his arrest.

PPRO to the Delta State Police Command, Andrew Aniamaka could not be reached for comment at press time but the senior police source informed that the police along with the local security volunteer group, Bakassi, were on the lookout for the suspect for swift arrest.

Agulu community on a manhunt for 19yrs old Lucky Obi, other for Sodomy, homosexual