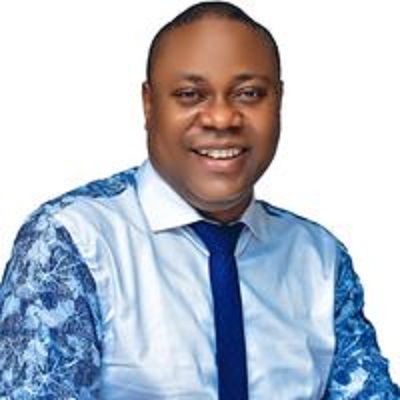 The Senior Pastor of Banner of Solution Christian Assembly International Incorporated, Benin, Apostle Dr. Emmanuel Igiehon has called on Christian Association of Nigeria, CAN, to be alive to their responsibilities and fish out fake elements within their ranks.

Apostle Dr. Igiehon made this call against the backdrop of Bishops who were present at the unveiling of All  Progressive  Congress  Vice Presidential  candidate, Mohammed Shettima whose status could not be authenticated by CAN the governing body of Christian associations.

Apostle Dr Igiehon who advocated strigent implementation of the ethics of CAN to check the activities of Christian associations and deal with impersonators of men of God.

” In professional bodies you don’t see other persons dressed in their attire. Just like I cannot wake up and put on the attire of a judge. Very soon you’ll begin to see persons dressed in bishop gowns and walking into beer palours, brothels and other inglorious places to ridicule christiandom. Assuming those persons wore suits nobody would have complained because suit is a general attire. Why bishop robes? CAN should wake up and be alive to their responsibilities”.

Continuing, ” CAN has not being able to identify those bishops that were in APC’s vice presidential candidate unveiling. They don’t belong to any Bloc in CAN”.

He said that the Muslim-muslim ticket of the APC will not fly because of the multiple religious nature of the country noting that the party cannot tell Nigerians that there is no qualified Christian that can be a running mate.

” Muslim-muslim ticket by the APC is an outright disregard of the multi-religious nature of the country. It’s a complete departure from what is obtainable in the history of election in this country as regard picking a running mate. It has always being the two major religion which is Christian and Muslim coming together to run for a position. This muslim-muslim thing of the APC smerks of islamisation Nigeria”.

The Clergyman averred that the kind of leadership Nigeria needs at this point is the one that can find lasting solutions to the yearnings and cry of the people.

” You don’t force followership, it is your antecedents that makes people to follow and key into your agenda which must be in tandem with their yearnings and aspirations. A leader that uses money to make people follow him is not a leader. What Nigeria needs is a pragmatic and sound leader with developmental ideas that will transform the country economically and otherwise”.

“Delta story will not be complete without you,” Omo-Agege extols Ibori at 64