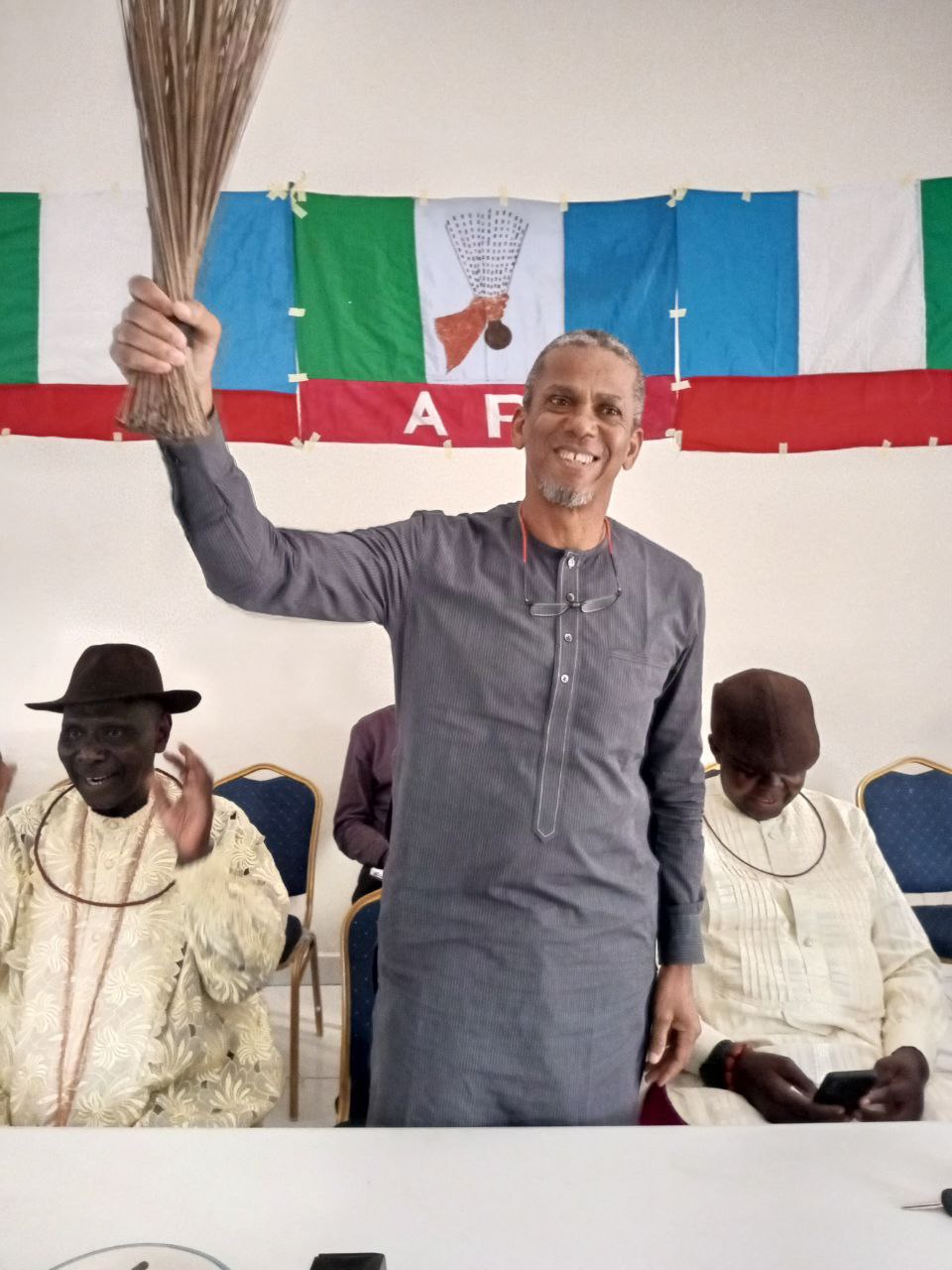 Chieftains of the All Progressive Congress (APC) in Delta State have declared that the 2023 election provides the right opportunity for Okakuru Ede Dafinone, APC Delta Central senatorial candidate to actualize his senatorial ambition because votes will count.

They stated this when Okakoru Ede Dafinone and members of Ede Dafinone Campaign Organization (EDCO) led by its Director General, Chief Adelabu Bodjor paid a consultation visit to Olorogun Prof. Samuel Ibodje, Chief Johnson Boro, Chief Philip Orogbo and other notable leaders of the party to garner support for his senatorial candidacy.

The former DESOPADEC Commissioner while speaking said that if Chief Ede Dafinone had contested in the past, even though he is most qualified, he could have been rigged out by brute force, but that the Osun governorship election has changed the dynamics of the electoral system making the voter now a king.

According to him, “This is the right time for this your senatorial vision because votes will count. Before now, you can all vote but they will not count because a powerful person will just gather the whole incident forms and fill them, then get compromised INEC officials to write results.

He added, “All that has changed, this is the right time to win an election. I have been in the business for a long time. People with integrity do not come out to contest and when they come out, people will not support them, and so we left the terrain for people who are not the fit to govern us”.

He stated further that now that the likes of Dafinone, men with capacity and integrity are now joining politics, he can only advise that he should be broad-based in his consultation, urging him to reconcile with those who voted against him in previous elections and those he offended, noting that one vote can make or mar someone’s victory in the 2023 general election.

Speaking in the same vain at his country home at Agbarah-Otor, Olorogun Prof. Samuel Ibodje, assured Ede Dafinone of the Agbarah people’s support because he is a good candidate with an intimidating profile.

According to him, “Agbarah-Otor people will support you because you have a name that you must protect, the Dafinone name is highly respected in Urhobo Nation, your father left a good name, and a legacy you must protect.

“We know that your antecedent as a renowned and globally acclaimed chattered accountant will not allow you to misbehave when you get to the Senate like many others who have nothing to protect will do. Hence we are saying that this is your time to represent the Urhobos and we will support you to win,” Ibodje assured.

Earlier, the Delta Central APC Senatorial Candidate, Chief Ede Dafinone while speaking in separate consultation visit to other APC leaders led by Chief Alfried Orogbo in Effurun in Uvwie Local Government Area, said elections are not won in Abuja or Asaba but from the units level, urging all Deltans to ensure that they collect their Permanent Voters Card in order to be eligible to vote at the poll, assuring them that their votes will count.

Chief Alfried Orogbo and other APC leaders, including women and youth who spoke at the consultation described Definone as a man that keeps to his promises, saying they will work to ensure his emergence as a senator come 2023.