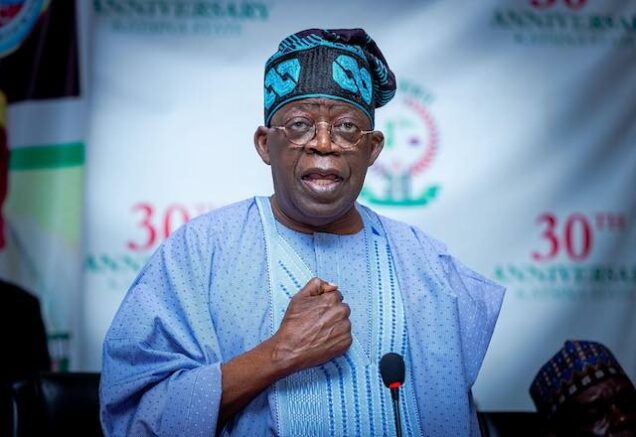 Former Executive Director Projects of the Niger Delta Development Commission NDDC, Engr Dr Samuel Adjogbe has congratulated the National Leader of the All Progressives Congress APC, His Excellency, Asiwaju Bola Ahmed Tinubu on his emergence as the party’s Presidential Candidate during the just concluded primary elections.

The APC Chieftain who clinched the party’s presidential ticket polled a whopping 1271 votes out of a total of 2,340 delegates who voted during the primary elections, Wednesday in Abuja.

Engr Adjogbe in a personal statement issued Thursday, in his Evwreni country home in Ughelli North Local Government of Delta State, described the APC Presidential Flag-bearer as “a unifier of interests and one whose contributions to the growth of the APC speaks for itself.

He also commended the APC leadership on the successful conduct of its primary elections.

“Despite a few glitches, the conduct of the APC primary elections was a success. The level of sportsmanship exhibited by all aspirants reflects a common and unified purpose.”

Adjogbe also congratulated the Deputy President of the Senate, Senator Ovie Omo-Agege, on his emergence as the Delta State APC Governorship candidate as well as other APC candidates across the state, urging for support in the quest to rescue Delta come 2023.

He added that; “the time is set to close the ranks, keep grievances aside and consolidate on the successes recorded in the primary elections for the ultimate goal of delivering the APC come 2023.”

Dafinone congratulates Tinubu on his emergence as APC Presidential candidate

Terrorism: Absence of judge stalls arraignment of Delta Monarch, 2 others