Ahead of the 2023 election, Ugborhen and Ozue Community residents assured the Senatorial candidate of the All Progressive Congress APC, in the Delta Central Senatorial District of their vote and pledged their unalloyed support for the actualisation of Dafinone’s ambition. 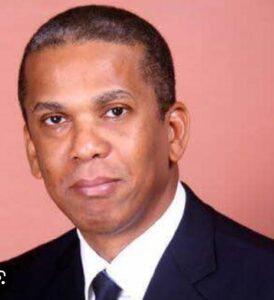 The communities also assured the All Progressive Congress of their support, adding that though they have long been marginalised, they trust the former NEXIM board member to deliver the dividends of democracy for them.

“We have been marginalized for too long, and the government has done practically nothing for us, all that you are seeing today, the road, the houses and the light is as a result of what God has blessed us with, the crude oil in this community, that is why we are saying you are our son; we trust you we believe in you and we will give you our votes”

Speaking during the 3rd day of the Ward-to-Ward campaign at Ward 11 in Ugborhen on Wednesday, 7th of December, 2022, Elder Omodudu, a member of the community Elders Council, who spoke on behalf of the community explained that their backing for the Trustee, Network of practicing Non-Oil Exporters of Nigeria, was based on principles and ideological conviction and not on tribal sentiments.

At Ozue where over 300 party faithfuls accompanied him to the venue from the junction leading to the venue where they had assembled to welcome him, a woman leader in the community, Mrs Ajugha Caroline told journalists they were waiting for the swearing-in and that for them the support will be total “he is our son and apart from that his foundation, the Dafinone foundation has done more for our youths so what more do we ask for” she said before breaking into dance steps.”

She, therefore, called on other wards in the local government to support their own, adding that they must not allow themselves to be used by selfish politicians who do not mean well for the area.

At Sapele Ward 4 held at the Community Hall in Sapele, where hundreds of persons including Chiefs and Community leaders hailed his arrival, Dafinone who also heads the Fine Arts Guilds of Nigeria, told the crowd that it was not winning that has been bothering him, but how he would have a clean sweep at the polls.

“That is why I won’t be happy if I lose one vote here, I want to get a hundred over a hundred and I don’t want an excuse,” he said.