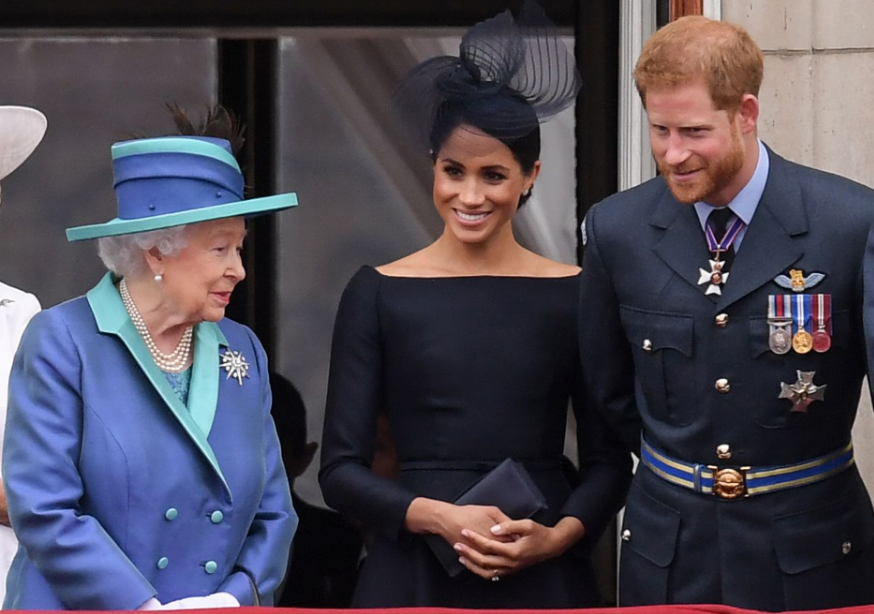 Meghan Markle didn't dial in for the crisis talks between Prince Harry, the Queen, Prince Charles, and Prince William to discuss the Sussexes future roles in the Royal Family. Meghan, who is currently in Canada with their son Archie was believed to have joined the conversation over the phone to contribute to the discussions. But a senior palace source has now confirmed that the Duchess wasn't involved in the discussion. The source said: "In the end, The Sussexes decided that it wasn’t necessary for The Duchess to join."On Monday, Queen Elizabeth had a meeting at Sandringham between the Queen and Princes Charles, William, and Harry, where she made her decision of allowing Prince Harry and Meghan Markle quit as senior members of the Royal Family so that they can create a new life as a young family.  A statement released afterward said the meeting had been "constructive" and the senior royals had agreed to a "period of transition" during which Meghan and Harry will split their time between the UK and Canada. The post Meghan Markle didn’t dial in for crisis talks between Prince Harry and the Queen appeared first on Linda Ikeji Blog.
Source: http://www.lindaikejisblog.com/2020/1/meghan-markle-didnt-dial-in-for-crisis-talks-between-prince-harry-and-the-queen-2.html