Woman crushed by three-seater sofa that fell from roof 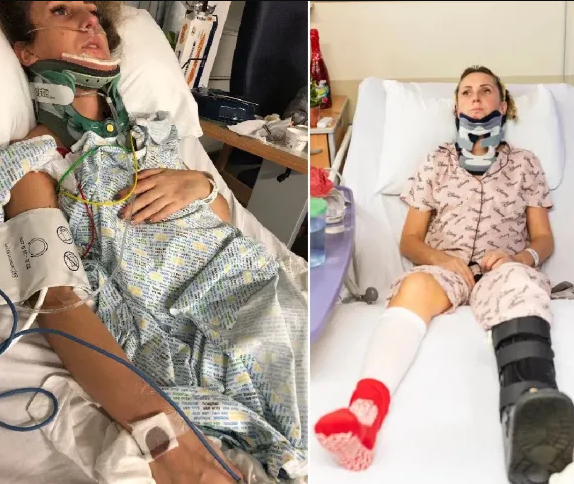 A woman was knocked out and suffered several broken bones after a sofa fell from a roof and landed on top of her during her lunch break. Beauty shop worker, Edita Butkeviciut, 30, is set to spend Christmas in a hospital following the accident that made her lose consciousness and broke several of her bones, including a fractured spine. She was on her phone to her boyfriend Daniel Ferreira, 31, as she put some dirt out in Union Street, Aberdeen, before going for lunch on December 7, when she was struck by the falling couch — allegedly chucked off a roof when it was being moved from a property above. The line suddenly went dead and it was only when her boyfriend called Nailco nail bar where she has only worked for four months that he discovered what had happened. She was knocked out, and lay under the three-seater for 40 minutes before a passerby heard her screaming. 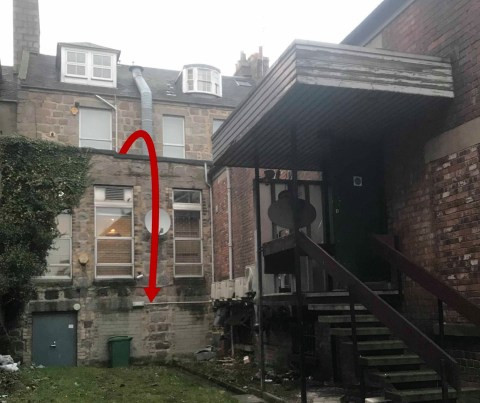 Edita's boyfriend said: "They said Edita is lucky to be alive. I am so grateful for the support everyone has given us in the last few days." The man who found her said: "I heard a wee lass screaming so called 999. I had to tell [999 operators] three times that a sofa had fallen on top of her because they found it so hard to believe."People were bringing her blankets and we moved the bins from the rear yard so the ambulance could get in easily." Surgeons inserted metal plates and pins into Edita’s crushed back and legs during emergency operations as they battled to save her.She faces at least another eight weeks in hospital — and up to another year to get back to anywhere near normal.She said of her ordeal: “I’m broken in pieces. I can’t even give my boyfriend a hug any more.“At first they thought I was going to be paralysed because I was so badly hurt.“I’ve been told I will be able to walk again but my life has still been ruined and all for something so stupid. I’m going to be disabled." Edita has had several operations and has had pins put into her back. She has been sleeping a lot due to the pain in her shoulder and the impact of the injuries. She now faces several weeks of recovery and needs further surgery. Two men, aged 31 and 26, have been charged and will appear in court at a later date.The post Woman crushed by three-seater sofa that fell from roof appeared first on Linda Ikeji Blog.
Source: http://www.lindaikejisblog.com/2019/12/woman-crushed-by-three-seater-sofa-that-fell-from-roof.html