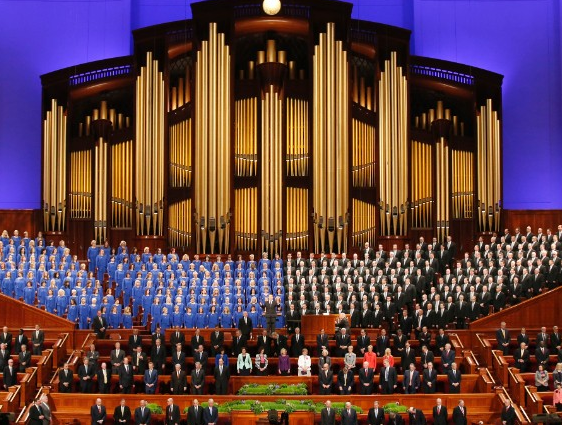 The Church of Jesus Christ of Latter-day Saints, commonly referred to as the Mormon Church has responded to a recently-filed whistleblower complaint that accuses the church of stockpiling $100 billion in accounts intended for charitable works, misleading members and avoiding paying taxes.   A whistleblower alleges in the complaint, filed with the IRS, that billions of dollars collected in tithes mandatory donations by members were invested in an investment arm of the church Ensign Peak Advisors but in 22 years, has not been distributed to charitable causes in accordance with IRS rules, according to a report in the Washington Post."Claims being currently circulated are based on a narrow perspective and limited information," the LDS Church told CNN in a statement."The Church complies with all applicable law governing our donations, investments, taxes, and reserves. We continue to welcome the opportunity to work with officials to address questions they may have."The complaint was first reported by the Washington Post. The whistleblower is a Mormon who worked for the church until September. He is a former investment manager at Ensign Peak Advisors, the Post reported. He has not responded to CNN's request for comment. According to the Washington Post, the whistleblower wants the IRS to strip the Mormon church of its tax exempt status. He is also seeking a reward from the IRS. Under IRS rules, whistleblowers can be awarded up to 30 percent of any taxes and penalties collected. Philip Hackney, a former IRS official who teaches tax law at the University of Pittsburgh, confirmed the veracity of the document, which was posted online. An IRS spokesman declined to comment citing federal law prohibiting the agency from discussing any specific case. Ensign Peak Advisors declined to comment. Sam Brunson, a professor of nonprofit tax law at Chicago's Loyola University who is a member of the LDS church, said under Ensign's Articles of Incorporation, "it is both a supporting organization," which means it has to make charitable donations "commensurate in scope" to its funds, and an "integrated auxiliary" which means it might not have to. An integrated auxiliary organization can legally sidestep paying taxes by being a non-profit. "My guess is that the IRS will probably do nothing" and even if it does, "chances are very small we will find out," he said.The post Whistle-blower complaint alleges that ‘Church of Jesus Christ of Latter-day Saints’ is stockpiling billions andavoiding paying taxes appeared first on Linda Ikeji Blog.
Source: http://www.lindaikejisblog.com/2019/12/whistle-blower-complaint-alleges-that-church-of-jesus-christ-of-latter-day-saints-is-stockpiling-billions-and-avoiding-paying-taxes.html