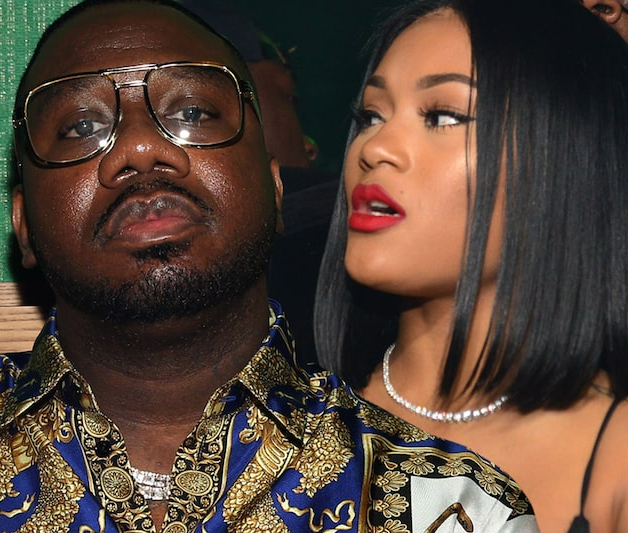 Quality Control CEO Pierre "Pee" Thomas has released private chats in response to claims by his baby mama Lira Galore that he is completely incapable of handling his kids and he is abusive. Pee and Lira Galore welcomed a child in April this year (read here). The parents are in the middle of a custody battle which is getting messier.  According to court documents, Lira, who used to be engaged to Rick Ross but broke it off after accusing him of infidelity, said Pee is unfit to take care of their 8-month-old child, Khaleesi, because he doesn't take care of any of his 5 minor children. She alleged that Pee always has his "current female friend, girlfriend, or any other women" take care of his kids whenever he has one or more of them in his custody. She claims he just uses his children for photo opportunities on social media, then hands them off. She said this even happened to her when she was in a relationship with the record exec behind Migos and Cardi B. She often acted as a "babysitter" to Pee's other children because she says he was not interested in spending time with them. She went on to accuse him of physical abuse and she shared photos of her injuries. She said he was physically abusive to 2 of his other children's mothers and even his own mother. 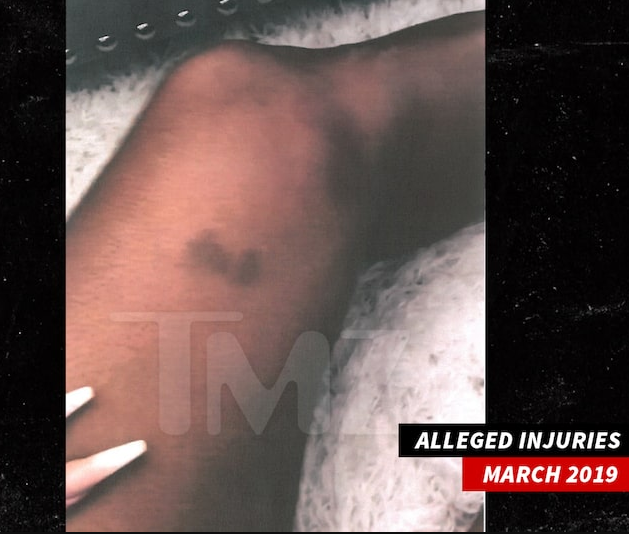 Lira also denied his claims Pee made that she was physically abusive towards him and that she was abusing drugs. Well, Pee responded on Instagram. He denied the claims and said he always makes time for his kids. He wrote: "No I’m not perfect but if anyone knows me they know I go hard every day so my children will never have to go through what I’ve been through." He also shared screenshots of private chats. In it, it was mentioned that Lira has had multiple abortions and was threatening to abort Pee's child. It also shows Pee complaining that she wasn't letting him spend time with their child. Pee says the post will be the last time he talks about the situation, adding, "A wise man once told me when you lay down with pigs you get mud all over you… guess he was right." Now, Pee has deleted every single post on his Instagram. Below are screenshots of his private messages with Lira. 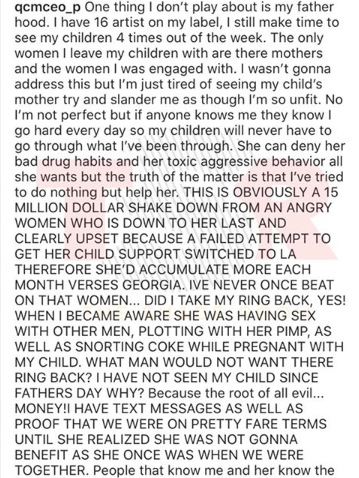 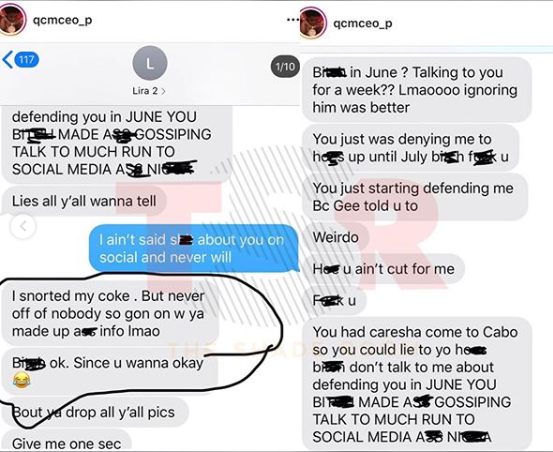 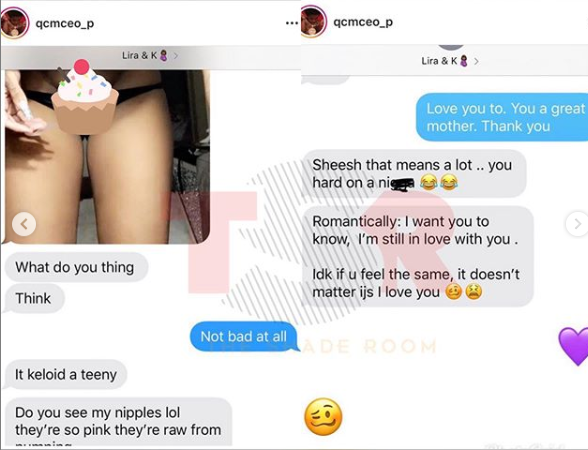 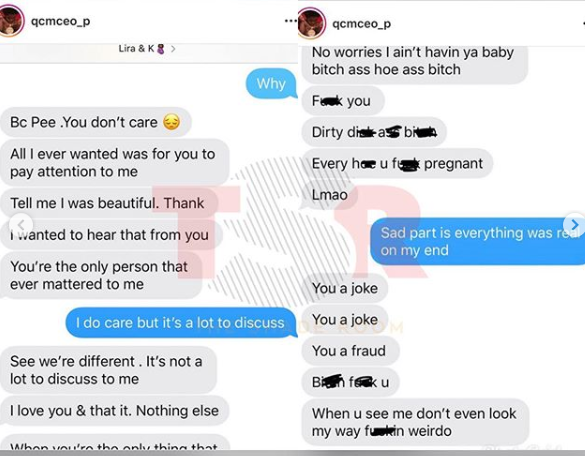 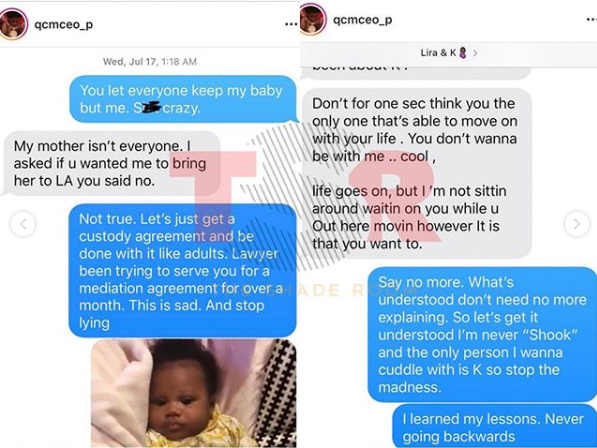 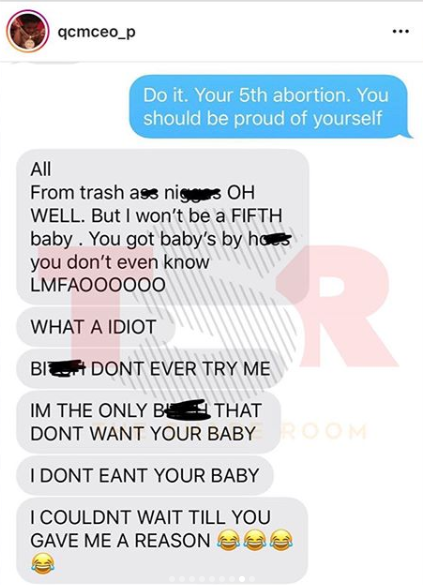