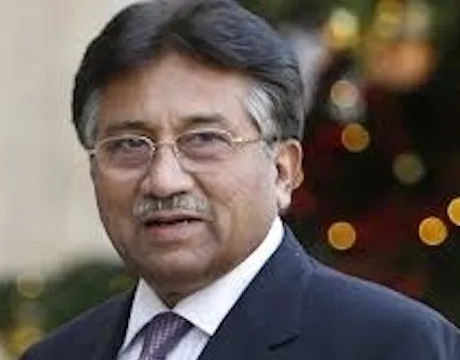 A Pakistani special court hearing the high treason case against former president General Pervez Musharraf on Tuesday, December 17th handed the former ruler a death sentence.   A three-member bench of the special court headed by Peshawar High Court Chief Justice Waqar Ahmad announced the decision, in a split judgment.   The court, in its short order said that it had analysed complaints, records, arguments and facts in the case for three months. The court added it had found Musharraf, now living in Dubai, guilty of high treason according to Article 6 of the Constitution of Pakistan.   It was a majority verdict, with three of the two judges giving the decision against Musharraf. The Pakistan Muslim League-Nawaz (PML-N) government had filed the treason case against Musharraf over his imposition of extra-constitutional emergency in November 2007.   The former army chief was indicted in the case in March 2014 after he appeared before the court and rejected all charges. On March 18, 2016, the former president left Pakistan for Dubai for medical treatment after his name was removed from the exit control list on the orders of the Supreme Court.   A few months later, the special court had declared him a proclaimed offender and ordered the confiscation of his property owing to his continuous inability to appear. Later, his passport and identity card were also cancelled on orders of the apex court.The post Pakistans ex-president Pervez Musharraf sentenced to death appeared first on Linda Ikeji Blog.
Source: http://www.lindaikejisblog.com/2019/12/pakistans-ex-president-pervez-musharraf-sentenced-to-death.html