“Officially divorced today! Plus Donald Trump got impeached today” Juliet Mgborukwe celebrates the end of her marriage to Chima Ojukwu 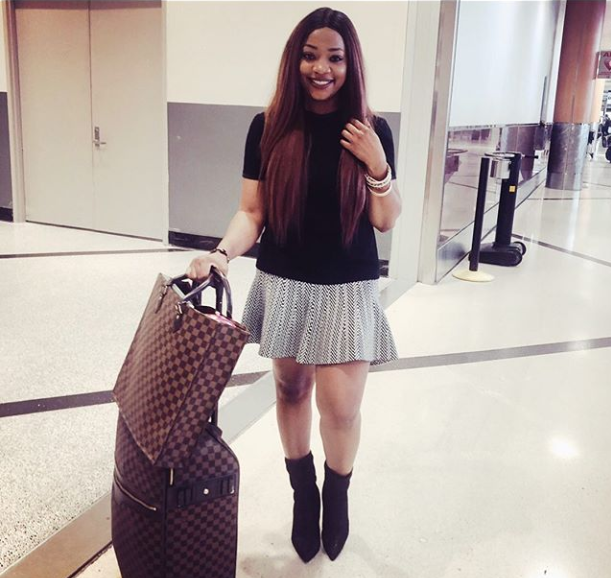 Juliet Mgborukwe and Chima Ojukwu's divorce has been finalized and the former SoundCity presenter took to Instagram to celebrate while opening up about the struggles she faced during the divorce proceedings. Juliet and Chima got married in October 2011 and separated in 2012, just a few months after their wedding ceremony. At the time, Juliet said the marriage had ended over ''irreconcilable differences". In 2014, after lots of communication between the couple, they decided to give their marriage a second chance which made the actress move to the US to start afresh with Chima Ojukwu. 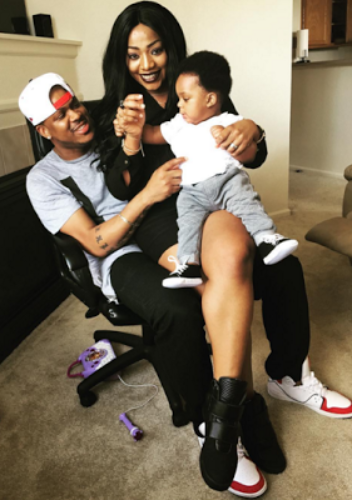 In 2015, the couple welcomed their first child, a baby boy and in 2017 they welcomed the second child, a baby girl at a hospital in the US However, in 2018, they fought dirty on Instagram and Juliet announced plans to divorce her husband Chima Ojukwu over domestic violence (read here). 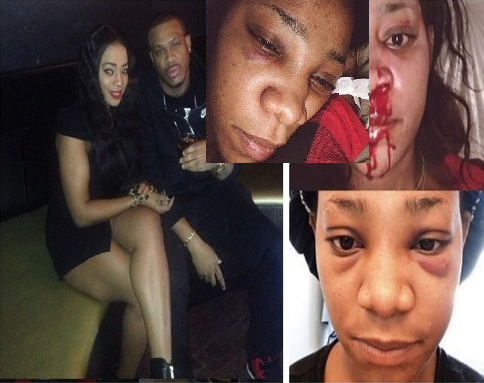 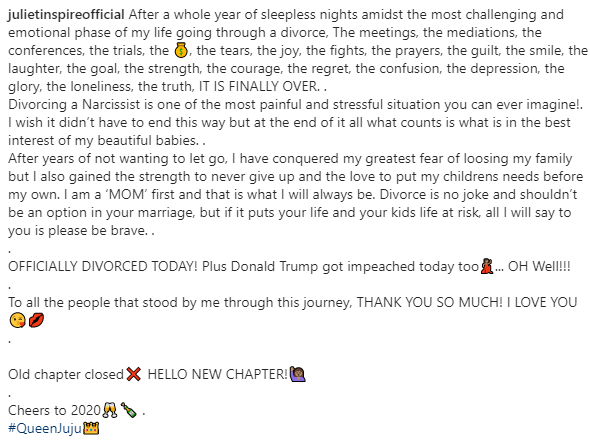