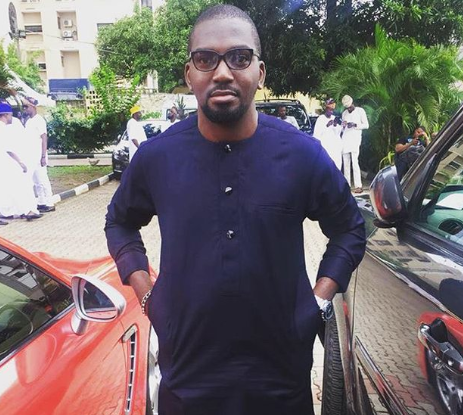 A Nigerian man identified as Olatunfe Anthony, has been declared missing by family members. His sister, Kemi who spoke with LIB this morning, said Anthony who lives in Victoria Island with a friend, left home for work on Thursday December 12th and has since not returned. Accoridng to Kemi, Anthony called his friend on Thursday informing him he was on his way home. His friend went to bed believing Anthony would come home and go to bed as well. However when he woke up, he discovered Anthony wasn't in the house. The friend made inquiries from their estate security men who informed him that Anthony did not return home. His family members were alerted and the matter was reported to different police stations. Anyone with useful information on his whereabout should please contact the following numbers: 08027202981, 08063126657,07038662571,08097790243,07033913983. 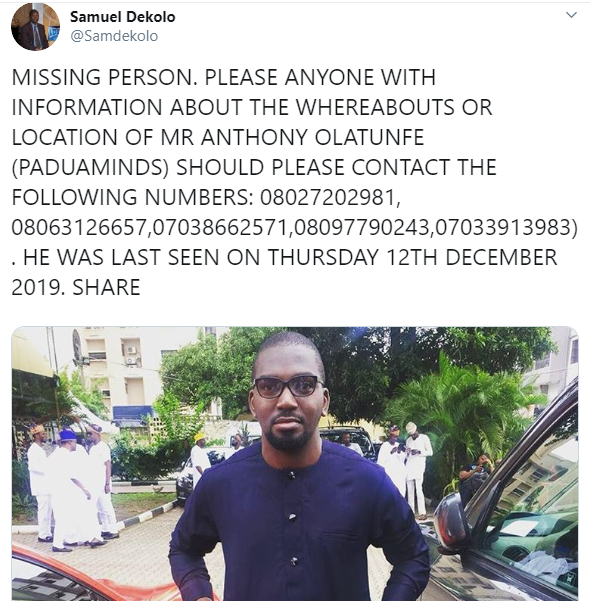