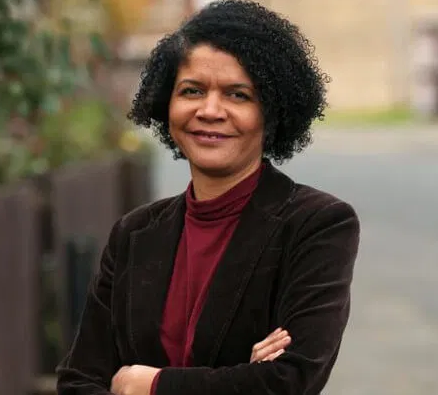 54-year-old British-Nigerian Chinyelu Susan Onwurah has been sworn in as a Member of Parliament for Newcastle Central.   Onwurah who became Newcastle’s first black MP in 2010 and re-elected in 2019, took to her official Twitter handle to thank the people of Newcastle Central and vowed to represent them properly.Onwurah Wrote: “Today I was sworn in as Member of Parliament for Newcastle Central. It is an honour & a privilege to represent you, the people of Newcastle Central. However, you voted I am your voice in Parliament & will do all I can to help you.” Chairman of Nigerians in Diaspora Commission, Abike Dabiri-Erewa also sent a congratulatory message to Onwurah, she wrote: “Hearty congrats and best wishes.”   Onwurah’s mother was from Newcastle. Her father, from Nigeria, was working as a dentist while he studied at Newcastle University Medical School when they met and married in the 1950s.   Onwurah was born in Wallsend, Northumberland, her family moved to Awka, Nigeria, in 1965 while she was still a baby. Just two years later the Biafra War broke out, forcing her mother to bring the children back to Tyneside, while her father stayed there in the Biafran army.   She graduated from Imperial College London in 1987 with a degree in Electrical Engineering and was elected to Parliament in 2010 with a majority of 7,466.The post Nigerian-born Chinyelu Onwurah sworn in as Member of Parliament for Newcastle Central appeared first on Linda Ikeji Blog.
Source: http://www.lindaikejisblog.com/2019/12/nigerian-born-chinyelu-onwurah-sworn-in-as-member-of-parliament-for-newcastle-central.html