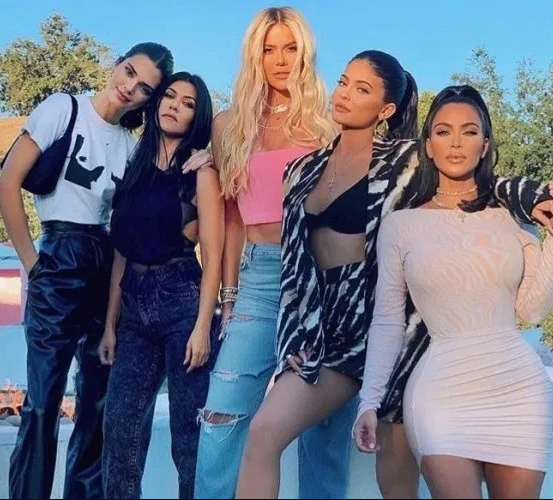 Kourtney Kardashian is insisting that she wants to leave the family's reality show, Keeping Up With The Kardashians. In season 17 of KUWTK, the siblings are seen getting into a lot of disagreements as Kourtney struggled with boundaries, while Kim and Khloe complained they had to "pick up the slack" when Kourtney didn’t want to film. Things eventually blew up and their mum, Kris Jenner was forced to suggest they all go to Wyoming to bond. While in Wyoming, as Khloe did the ropes course as part of their outdoor activities as a family, Kourtney picked up a megaphone and started booing her. Khloe then called her a "bully" and a "bit**". In response, Kourtney said: "I feel like I’ve been bullied for the last two years by Kim and Khloé, if I don’t do something that fits their mold of how they want me to be. I just think no matter what, my sisters, they’re always looking for a reason to give me shi*." Back at the lodge, Kourtney threatened to head home, but Kendall convinced her to stay so they could all work things out. At dinner, the conversation returned to the future of KUWTK and Kourtney reiterated that they all need to respect each other's boundaries. She also mentioned that she's feeling unsure about continuing to be on the show. Kim responded: "If everyone acted like you did, filming-wise, then we’d absolutely have no show." Kourtney responded: "I have three kids that are my priority more than the show. What I’m saying is I’m getting to the point where I’m not happy. Everyone has their breaking point. Life is short. It’s not all about filming this show. It’s not okay that I feel like I’m at my breaking point. I need a break and I don’t want to film anymore."The post “I need a break and I dont want to film anymore” Kourtney Kardashian threatens to leave KUWTK and adds that she’s not happy appeared first on Linda Ikeji Blog.
Source: http://www.lindaikejisblog.com/2019/12/i-need-a-break-and-i-dont-want-to-film-anymore-kourtney-kardashian-threatens-to-leave-kuwtk-and-adds-that-shes-not-happy.html