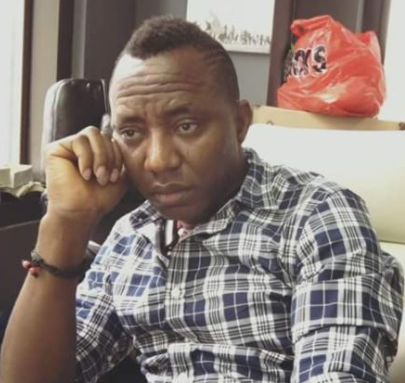 Attorney-General of the Federation and Minister of Justice, Abubakar Malami, on Monday, December 16th indicated that he could not ask the Department of State Service to release Omoyele Sowore from custody.   The minister said in the statement that he could not take a unilateral decision on the release of Sowore without recourse to the court, where the ‘RevolutionNow’ protests convener and his co-defendant, Olawale Bakare, are being prosecuted on charges of treasonable felony, among others.     This is contained in a statement by his Special Assistant on Media and Public Relations, Dr. Umar Gwandu, who stated that Malami was reacting to “the claim that a lawyer sent a letter to the AGF requesting the release of Mr. Sowore”.   The statement appeared to be a veiled reference to the letter by Sowore’s lawyer, Femi Falana (SAN), sent to the AGF on Friday to demand the release of the convener of ‘RevolutionNow’ protests from the custody of the DSS. The AGF’s takeover of the case was informed by the widely condemned invasion of the Federal High Court in Abuja by the operatives of the DSS to rearrest Sowore on December 6. Falana who heads the defence team of the two men informed Malami that Sowore had, since his rearrest on December 6, been kept in the DSS custody without the backing of any detention order of court or arrest warrant.   He stated that his letter became necessary after two lawyers in the team visited the DSS headquarters in Abuja to demand Sowore’s release but were advised to direct their request to Malami.  In a statement making a veiled reference to Falana’s letter on Monday, Malami said in the statement issued by Gwandu, “When parties submit their issues for determination to a court of law, they lack exclusivity of decision over such issues without recourse to the court. We remain guided by the established tradition and will not take unilateral decision without recourse to the rule of law”. The post I cant tell DSS to release Sowore Attorney General, Abubakar Malami appeared first on Linda Ikeji Blog.
Source: http://www.lindaikejisblog.com/2019/12/i-cant-tell-dss-to-release-sowore-attorney-general-abubakar-malami.html