I canât sit and watch Buhari squander our childrenâs future with his $29.6bn loan request – Atiku 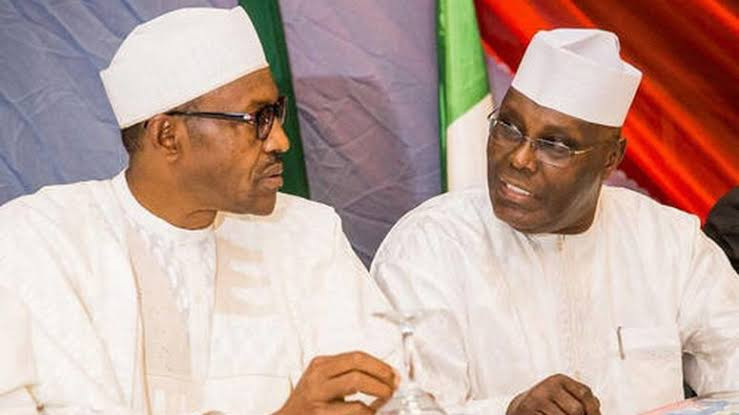 Former Vice President Atiku Abubakar has criticized President Buhari's $29.6 billion loan request which he described as irresponsible.  The Presidential candidate of the People's Democratic Party (PDP) in the 2019 general elections alleged that Buhari was trying to ruin the future of Nigerians with the loan request which Senate President Ahmad Lawan said will be approved despite its rejection in the 8th senate.  Atiku who recalled how he and former President Olusegun Obasanjo worked to clear Nigeria’s foreign debt after the return of democracy in 1999, affirmed that Nigeria's problem is not the lack of money but the inability of Nigerians to make the right leadership decisions. He said;  “The fact that Nigeria currently budgets more money for debt servicing (2.7 trillion), than we do on capital expenditure (2.4 trillion) is already an indicator that we have borrowed more money than we can afford to borrow. And the thing is that debt servicing is not debt repayment. Debt servicing just means that we are paying the barest minimum allowable by our creditors. “And while spending 50% of our current revenue on debt servicing, this administration wants to take further loans of $29.6 billion! To say that this is irresponsible is itself an understatement.“President Olusegun Obasanjo and I paid off this nation’s debt, and I will not stand idly by and watch while Nigeria is plunged into second slavery by those who only know how to reap where they have not sown.” Atiku also pointed out a way the Buhari-led administration can get the loan they seek for without neccesarily plunging the nation into debt. He disclosed that deploying Saudi Arabia’s ARAMCO strategy to the Nigerian National Petroleum Corporation (NNPC) will generate the loan and also increase foreign direct investment.  He added;  “In my economic blueprint, I said that rather than turn in regular losses (which it has consistently been doing), the best thing to do with the Nigerian National Petroleum Corporation is to reform it. Of course, the administration’s paid propagandists went into overdrive, accusing me of planning to sell the NNPC to my friends.“But just last week, Saudi Arabia’s ARAMCO, the most profitable company in the world, took that route and almost broke the global stock market with the most successful initial IPOs in world history, bar none. Ironically, Saudi Aramco raised $29.4 billion via this IPO. Just the amount this administration wants to borrow.“That could have been Nigeria’s story, but for our failure of leadership. By reforming the NNPC, Nigeria can raise the $29.6 billion the Buhari regime wants to borrow, and we will raise the money without going into debt.” He also called on Nigerian youths to speak up against the loan request by an administration without vision. Atiku wrote;  "Nigerian youths should identify the Senator representing their senatorial zones and write to them, urging them to vote against this request.“I was part of a team that paid off Nigeria’s entire foreign debt. I, therefore, cannot sit and watch an administration without vision squander our children’s future by taking and wasting loans that they do not even have the capacity to utilise properly,” he wrote.“Our youth must have something better to inherit from us than unsustainable debt fuelled by insatiable greed. That is why I call on the Senate of the National Assembly to show loyalty to Nigeria and reconsider its decision with regards to approving Buhari’s $29.6 billion loan request.”The post I cant sit and watch Buhari squander our childrens future with his $29.6bn loan request – Atiku appeared first on Linda Ikeji Blog.
Source: http://www.lindaikejisblog.com/2019/12/i-cant-sit-and-watch-buhari-squander-our-childrens-future-with-his-296bn-loan-request-atiku.html

Previous Nigerian lady burns her wigs, makeup kit and clothes after giving her life to Christ (photos)
Next Couple who were married for 70 years die 20 minutes apart