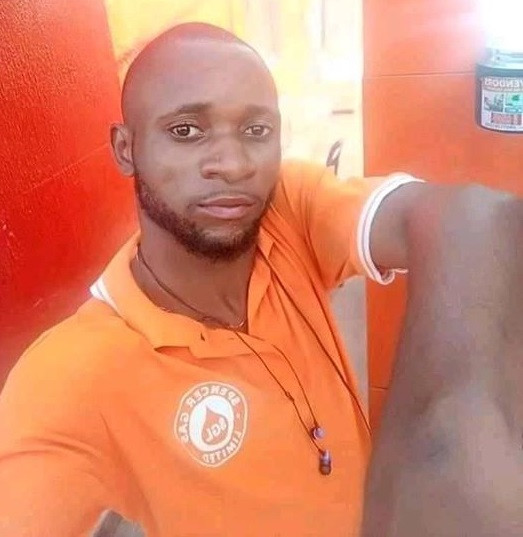 A renewed cult war between alleged members of the Axe Confraternity and Klansmen has resulted in the death of at least five persons in Calabar, the Cross River State capital. The latest victim identified as Samuel was shot and hacked to death on Monday. The victim was suspected to have belonged to a cult group called Axe which is reported to be at loggerheads with rival group, Klans. The incident happened around 8:30am on Iboku Street in Calabar South LGA near a barber’s shop where the victim had gone to have a haircut. He was reportedly standing in front of the barber’s shop with the barber when his assailants shot at him severally before attempting to severe his head with a machete.“There was stampede when the two men, dressed in black pair of trousers and tee-shirts, brandished their machetes and guns. They wanted to severe Samuel’s head after they had shot and hacked him severally with a machete. They were about to completely severe the victim’s head when they were dissuaded by the blaring of police siren. 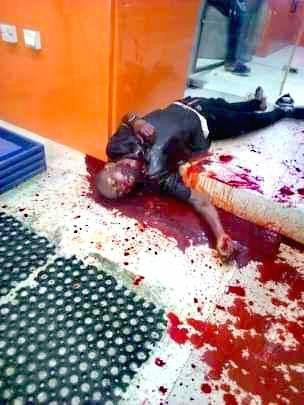 The victim, who lived on Idang Street by Atim Edem Rise Street, was a trader at the popular Watt market in Calabar while his mother is a petty trader in the neighbourhood. He said the victim must have been trailed by his killers, adding that police operatives from the Mbukpa division who arrived the scene after the suspected rival cultists had fled, evacuated the body. Earlier, another victim identified as Victor Edem was hacked to death at his shop, where he sold cooking gas and two others were killed at Mayne Avenue also in Calabar South. It was gathered that men of the Special Anti -Robbery Squad were immediately deployed in the affected areas to restore normalcy. The SARS team reportedly made some arrests. The latest killings followed last week’s beheading of two suspected cult members , one of whom was killed around Wilkie by Ephraim Street in Calabar South, while the other victim, identified simply as Cafu, was murdered in the Afokang area of Calabar South. The spokesperson of the police in the state, Irene Ugbo, who confirmed the killings, said it was the outcome of the ongoing rival cult clash between Klans and Axe groups which, she said, has claimed many lives already. Meanwhile friends of the deceased have taken to Facebook to mourn his death. See their osts below… 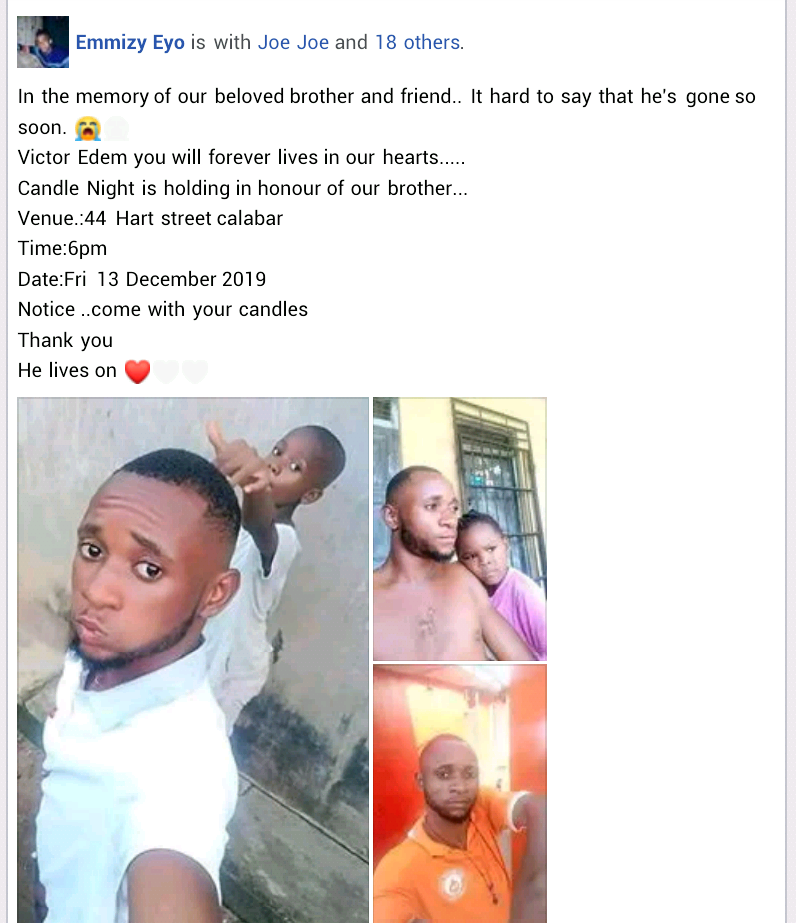 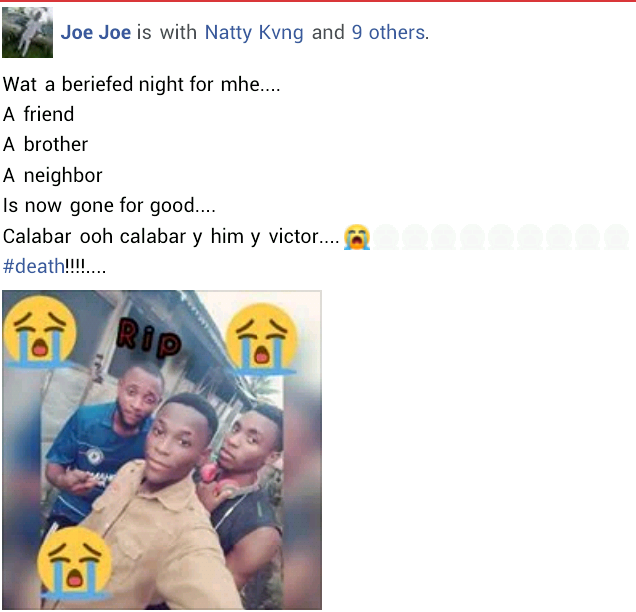 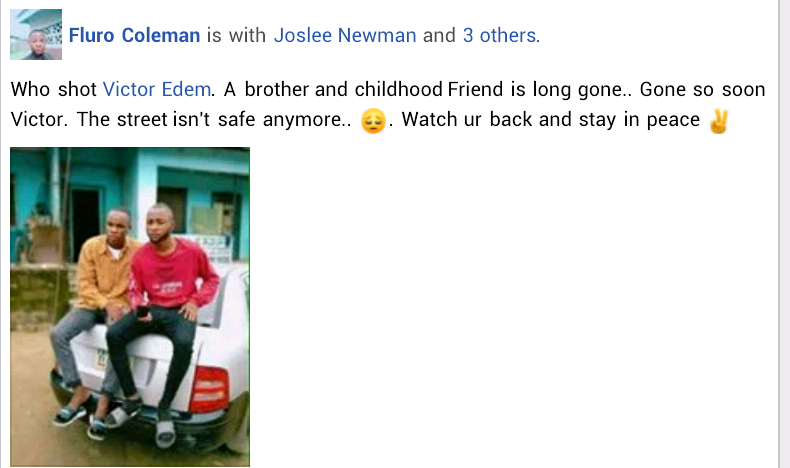 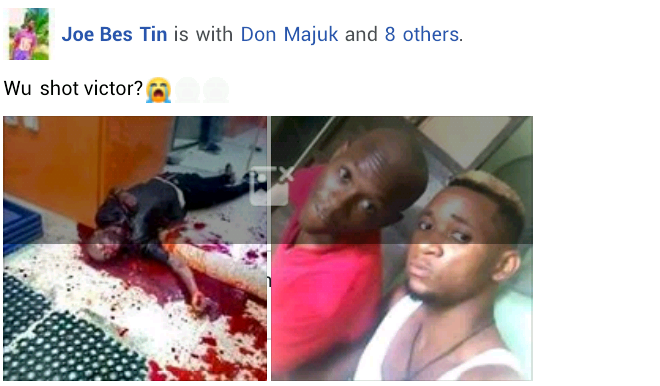 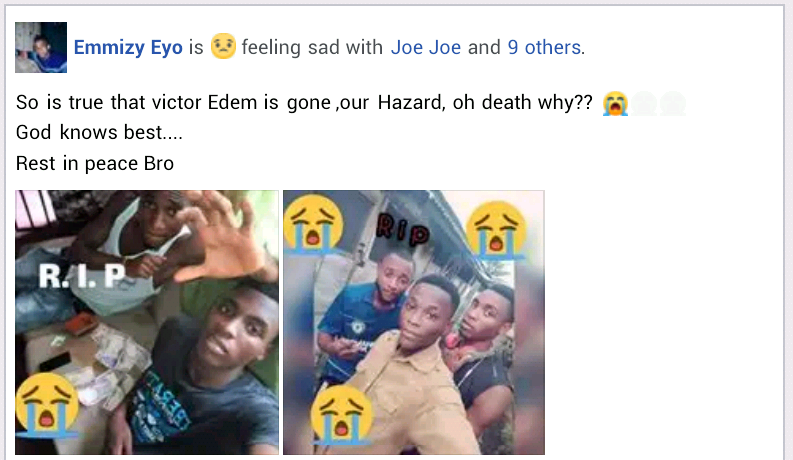