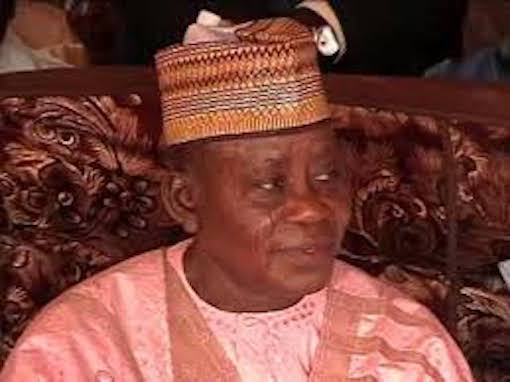 Former Governor of Borno State, Mohammed Goni has lost a lawsuit he filed seeking the payment of his pension and other benefits.  The lawsuit filed by Goni who was the first civilian governor of the former Borno from October 1979 to October 1983 was dismissed by the National Industrial Court, Abuja on grounds of lacking merit.  The former Governor asked the court to declare that he is entitled to receiving monthly pension for life and the additional benefits enumerated in Sections 3 (1) and (3) of the Borno State, subsection 3 (i) – (ix) of the Borno State (Grant of pension to Governors and Deputy Governors) Law, 2005 (as amended in 2009). Goni who sought for a mandatory order of the court directing the defendants to immediately pay him the accrued pension and also provide him the additional benefits, however admitted being paid his pension only for four years, starting from July 2014 till date. Delivering her judgement on the case, Justice Edith Agbakoba stated that the Borno State (Grant of pension to Governors and Deputy Governors) Law, 2005 (as amended in 2009) did not apply to the claimant.  Agbakoba added that the law had no retrospective provision covering Governors and Deputy Governors who were not elected in accordance to any law in force immediately before the coming into force of the 1999 Constitution as amended. She thereafter dismissed the suit for lacking merit and awarded no cost. The post Ex-Borno governor Mohammed Goni loses lawsuit seeking payment of pension and other benefits appeared first on Linda Ikeji Blog.
Source: http://www.lindaikejisblog.com/2019/12/ex-borno-governor-mohammed-goni-loses-lawsuit-seeking-payment-of-pension-and-other-benefits-2.html

Previous “Can you believe that I will be impeached today. Say a prayer” panicked Donald Trump tweets
Next Temi Otedola Reacts As Boyfriend, Mr Eazi Says His Wedding Might Be Next In Line