Court affirms that Ganduje has powers to dethrone any Emir 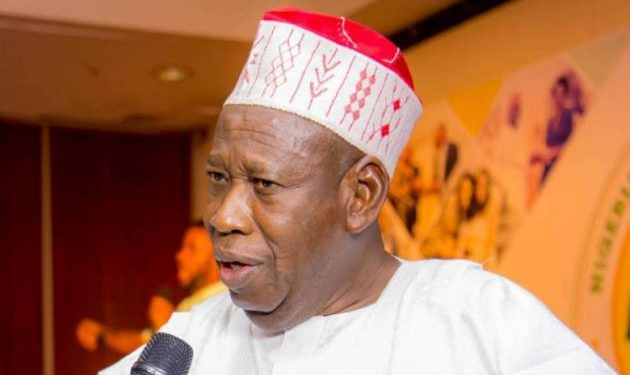 An application for an interim order to stop Governor Abdullahi Umar Ganduje of Kano State from interfering with the powers of the Kano emirate kingmakers, has been declined by a Kano High Court.  Justice A. T. Badamasi on Tuesday December 17, declined the application to extend the order pending the determination of the substantive suit as filed by the counsel to the kingmakers in suit No K/197/2019.  Tuesday's judgement which affirmed the powers vested in the Governor under the new ‘Kano State Emirates Council Law 2019', also gives him the power to dethrone any Emir found violating any of the provisions of the law.The post Court affirms that Ganduje has powers to dethrone any Emir appeared first on Linda Ikeji Blog.
Source: http://www.lindaikejisblog.com/2019/12/court-affirms-that-ganduje-has-powers-to-dethrone-any-emir.html

Previous You Could Be Removed As AGF If Sowore Isn’t Releases: Falana To Malami
Next Police To Implement Community Policing Strategy In 2020