Corruption: Judicial process is too slow for my liking â President Buhari 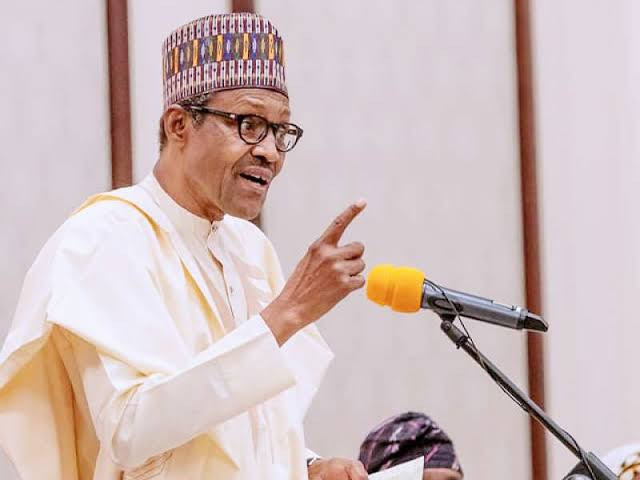 President Buhari has said that unlike the miltary era, the judicial process in democratic dispensations is too slow for his liking but he will have to respect it since he is in a democratic government. The President said this while speaking to newsmen after members of his staff threw him a surprise 77th birthday celebration in Abuja this morning. When asked by the reporter to speak on his approach to dealing with corrupt government officials, the President said he has come to learn the hard way to follow the democratic principles.“I have learned in a hard way, when I came in uniform, I collected those who were leading, took them to Kirikiri and told them that they were guilty until they could prove themselves innocent. I put committees, based on geopolitical zones, to investigate them. Those that were found to have lived beyond their means, the balance was taken and given to the state.But I myself was arrested, detained and they were given back what they had stolen. However, under this system, which is supposed to be more accountable, it is too slow for my liking, but I have to follow it.I think I’ve come to accept the realities of leadership in Nigeria; you can only try. It’s a terrific country, no matter what you do, there are people who are on daily basis looking for your fault and go to the press with it. You have to learn to live by that” he said. On the 2023 general elections, the President admonished politicians who intend to contest for any political office, to start working hard to merit the trust of the people now, warning that he would not allow anyone use the influence of his own office or the resources of his state to foist himself or herself on Nigerians.“What I want to promise Nigerians is that I will work very hard on free and fair elections. All those that are going to succeed in the National Assembly and the Presidency have to work very hard because I will make sure, using the law enforcement agencies, that elections are free and fair. Nobody will use his office or resources to force himself on his constituencies” he assured. When asked how he felt clocking 77 years, the President said“At 77, I feel well. If you have played Tombola before, it’s about crutches, many of those who are 77 years old are on crutches, but I am on my two feet”. The post Corruption: Judicial process is too slow for my liking President Buhari appeared first on Linda Ikeji Blog.
Source: http://www.lindaikejisblog.com/2019/12/corruption-judicial-process-is-too-slow-for-my-liking-president-buhari.html