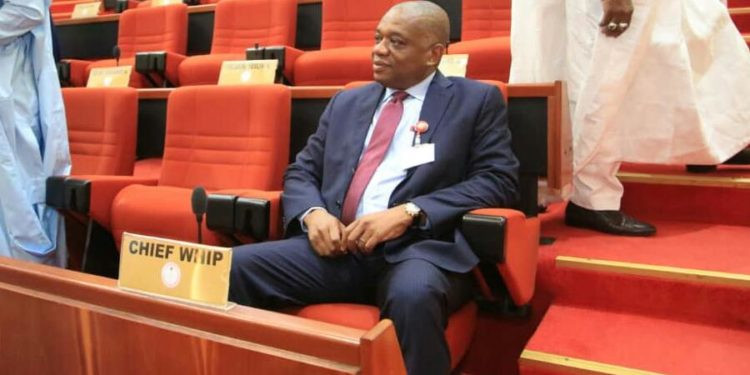 Convicted former governor of Abia state, Orji Uzor Kalu, has approached the courts to grant him bail on health grounds. On December 5th, a Federal High Court sitting in Lagos state, sentenced the ex-governor cum Senator to 12 years imprisonment for committing N7.1bn fraud while he served as governor. In an application filed today in court, Kalu asked that he be granted post-conviction bail on health grounds. In his application, Kalu who represents Abia North in the senate, said he is battling serious health challenges that the medical facilities in the prison cannot handle. He argued that the offences for which he was sentenced were bailable and that the court should free him while he challenges his conviction by Justice Mohammed Idris at the Court of Appeal. He also told the court that his good work as the Chief Whip of the Senate and the senator representing Abia North Senatorial District would suffer if he continues to remain behind bars. The Economic and Financial Crimes Commission has opposed the post-conviction bail application. According to the antigraft agency, Kalu cannot be granted bail when has been convicted by a competent court of jurisdiction.  His bail application has been adjourned to December 23rd.The post Convicted ex-governor, Orji Uzor Kalu, files for bail on health grounds appeared first on Linda Ikeji Blog.
Source: http://www.lindaikejisblog.com/2019/12/convicted-ex-governor-orji-uzor-kalu-files-for-bail-on-health-grounds.html

Previous There Is Nothing Like Biblical Name: Reno Omokri
Next You Could Be Removed As AGF If Sowore Isn’t Releases: Falana To Malami