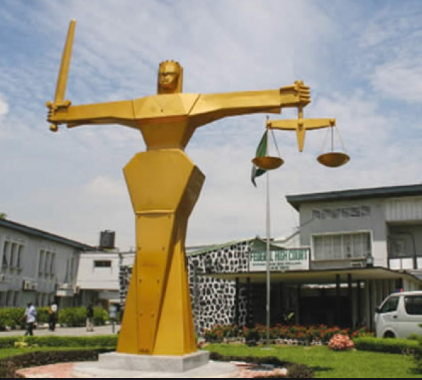 The Abuja Division of the Federal High Court, on Monday, December 16th ordered Bayelsa State to hand-over Soku oil field to Rivers State. The court, in a judgement that was delivered by Justice Inyang Ekwo, said it was satisfied that the oil field rightfully belonged to Rivers State. It, therefore, directed the National Boundary Commission, NBC, to rectify an error in its 11th Edition of Administrative Map, wherein San Bartholomew River was in 2002, designated as the boundary between Rivers and Bayelsa States, instead of River Santa Barbara. Justice Ekwo ordered the commission to promptly produce the 12th edition of the Administrative Map and restore River Santa Barbara as the inter-state boundary between the two states, as it was in 1996 when Bayelsa State was carved from Rivers State. According to the Court, NBC, was duty-bound to comply with a 2012 judgement of the Supreme Court that affirmed River Santa Barbara as the boundary between both states, by correcting its self-admitted error of designating River San Bartholomew as the boundary.  The judgement followed a suit Rivers State lodged before the court for an order of mandamus to compel the NBC to correct the error in its 11th Edition of Administrative Map that gave location of the disputed oil fields to Bayelsa State. The court noted that NBC had in a letter dated July 3, 2002, while responding to protest by Rivers State government, admitted its mistake and promised to rectify it in the 12th edition of the administrative map. However, owing to NBC’s failure to amend the map as it conceded to, Rivers State, in 2009, took the matter before the Supreme Court. Cited as defendants in the matter including the respondents in the matter included the Attorney-General of Bayelsa State and the Attorney-General of the Federation. In a verdict it delivered in 2012, the apex court, granted reliefs Rivers State sought before it and ordered NBC to rectify the boundary mapping error. In view of delay by the NBC to execute the Supreme Court’s directive, Rivers State, in August this year, lodged the suit Justice Ekwo decided on Monday. The high court Judge directed that his judgement should be served on relevant statutory bodies, especially, the Revenue Mobilisation Allocation and Fiscal Commission and the office of the Accountant-General of the Federation to enable an immediate recomputation of the amount of oil revenue accruable to Rivers State with the transfer of Soku oil field to it. The post Bayelsa loses oil field to Rivers Stateas court orders correction of map error appeared first on Linda Ikeji Blog.
Source: http://www.lindaikejisblog.com/2019/12/bayelsa-loses-oil-field-to-rivers-state-as-court-orders-correction-of-map-error.html