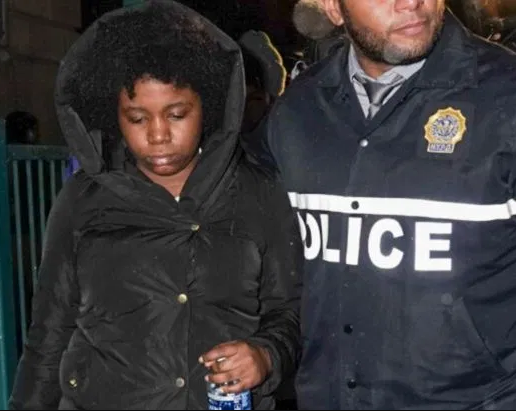 16-year-old Karol Sanchez who was apparently kidnapped while walking with her mother in the Bronx, staged the whole thing, it has now been revealed. According to CBS2, the apparent kidnapping in the Bronx (read here), that sparked an Amber Alert and a citywide manhunt late Monday into Tuesday, was staged by Karol Sanchez and four accomplices. Sanchez allegedly confessed to it after being reunited with her family on Tuesday. She staged her kidnap so that she could be with her boyfriend, a 23-year-old reputed Crips gangbanger once arrested for murder, cops and police sources said. Also, another reason for staging the kidnap is that she had been unhappy at home. The unhappiness allegedly stemmed from her mother wanting to move their family back to her native Honduras, and Karol not wanting to leave. "Her mother wanted to move them back to Honduras, but she [Karol] was adamantly against it," one high-ranking NYPD source said. No charges have been filed at this time, but police are looking for four male accomplices. The surveillance video which shows Karol Sanchez's staged kidnap sent chills down the spine of every parent who watched it. Four men were filmed snatching her off a Bronx Street. Her mother fought for her but she was pushed to the ground while the men zoomed off with Karol on Monday night. A day later, she resurfaced "trembling" in the same area where she was "kidnapped" and walked up to police, before being taken in for questioning. The teen and her family declined to comment as they left the station house Tuesday evening.The post 16-year-old Karol Sanchez reportedly staged bronx Kidnapping to be with her boyfriend appeared first on Linda Ikeji Blog.
Source: http://www.lindaikejisblog.com/2019/12/16-year-old-karol-sanchez-reportedly-staged-bronx-kidnapping-to-be-with-her-boyfriend.html

Previous Sad! Groom beaten to death at his wedding reception after two uninvited men showed up
Next Joe Giudce and Teresa Giudice have separated after twenty years of marriage