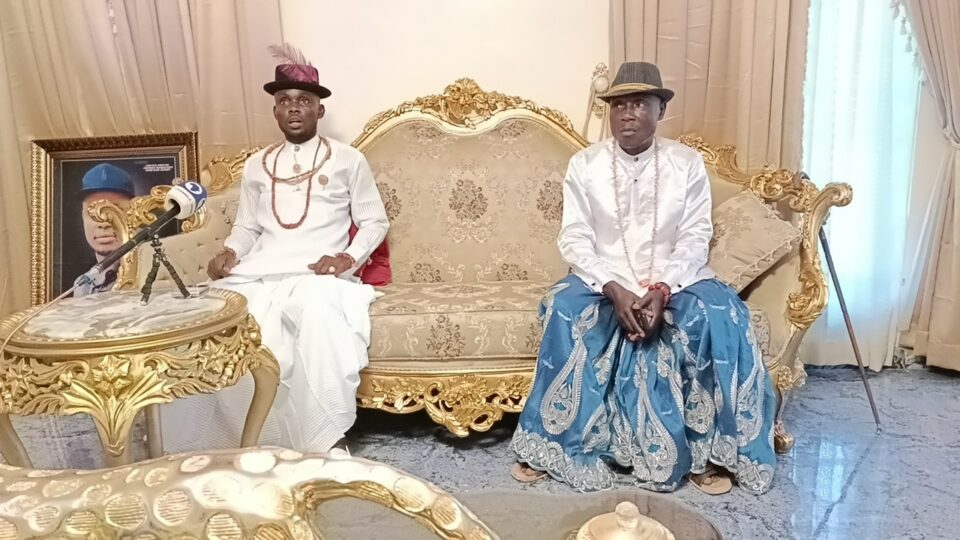 This may not be the best of time for the Delta State Governor, and Peoples Democratic Party, vice presidential candidate, Dr Ifeanyi Okowa, as one of his top aides, Special Assistant (Security), Gen. Alaowei Promise Lawuru, popularly known as ‘Master Black’ has resigned from his appointment.

Lawuru, an Ex-Militant general from Ogbinbiri community in Egbema kingdom in Warri North Local Government Area of Delta state while addressing a press conference said that he decided to ditch the Okowa’s government because God has given him a direction to pursue his political career.

The ex-militant leader also hinted that though, he has nothing personal against the state governor, whom he praised for doing well in security wise, he noted that the continued neglect and marginalization of the Egbema kingdom by successive governments in the state is enough reasons for him to quit the government.

According to him, “Egbema kingdom has become a proverbial envelope that the readers discard after reading or taking the letter inside. When they are seeking a position, they will all run to us, but as soon as they gain power, they forget us, but 2023 is not going to be business as usual, our people will vote wisely and their vote will count.”

The copy of the resignation letter sighted by Advocate.ng addressed to the Governor through the Secretary to the State Government and obtained by our correspondent, said that his decision was purely personal to further his career.

Extract from the letter which is dated 6th December 2022 reads:  “I write to resign my appointment as Special Assistant (Security) to the Governor of Delta State, Senator (Dr) Ifeanyi Arthur Okowa.”

“My decision is taken out of personal conviction to further my career.

“I thank His Excellency, the Governor of Delta State, Senator (Dr.) Ifeanyi Arthur Okowa for the opportunity given me to serve our Dear state as Special Assistant (Security). This opportunity is no doubt has widened my horizon in the affairs of government.”

“I also thank my political associates and friends for their support while on this special assignment. Yours Sincerely, Alaowei Promise Lawuru.”

Lawuru also assured his supporters in Delta and beyond that, his resignation from Okowa’s administration doesn’t mean that he has quit politics. He added that God will show him the new direction to take, but he is prepared to “play politics of conscience with the fear of God.”

Delta 2023: PDP has been rejected, is dead in Ndukwa Nation -Osanebi