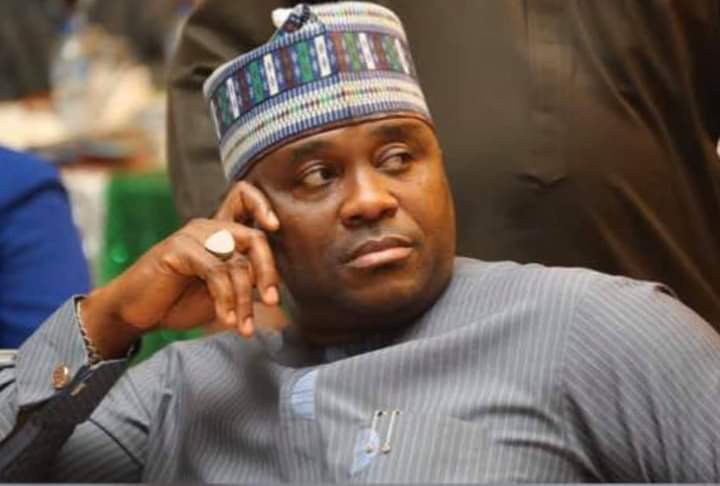 Recently, many people have raised different issues from different angles on the case brought against Senator Bassey Albert(OBA) by the Economic and Financial Crimes Commission. There is therefore a need to undertake a retrospective journey to see the start point and the mileage covered by this trip.

Origin of the case

In May 10, 2010, Obong Bassey Albert Akpan(then the Commissioner for Finance Akwa Ibom State) is alleged to have received from Jide Omokore , a BMW X5 (Bulletproof) worth N50 million; in December 2012 another Infinity QX 56(bulletproof) worth N45 million was also received from the same source.
Again, in November 2013, he received a Toyota Landcruiser V8( bulletproof) valued at N40 million and in March 2014, he received a Range Rover, valued at N40 million; in September 2014, another Toyota Hiace High Roof bus valued at N27 million was received from the businessman. Additionally, he is alleged to have received at different times between 2012-2014,Toyota Hiace High Roof buses valued at N16 million and six units of Toyota Hilux vehicles valued at N36 million.

The EFCC which was investigating money used for the 2015 elections, spotlighted Jide Omokore, who was suspected as a conduit through which illegal funds were used for elections. While interrogating the businessman, he mentioned his numerous transactions with Obong Bassey Albert, who by this time had become a Senator. He was invited severally to answer questions on his role in the transaction, but he refused to honour any of the invitations, until his arrest on May 15, 2018. He was subsequently charged before an Ikeja High Court for contravening Section 15 (2) (d) of the Money Laundering (Prohibition) Act, 2011 (as amended), punishable under Section 15 (3) of the same Act, on August 20, 2018.

How the case arrived at Federal High Court Uyo

While the case was ongoing at Ikeja, Obong Bassey Albert, through his lawyers, filed a preliminary objection to the jurisdiction of the court. They prayed the court as follows, “There is nothing in the proof of evidence that suggested that any aspect of the alleged crime against the first defendant was committed outside Akwa-Ibom State and in Lagos State.
“So we want to ask where the cars were delivered to so we can know what Lagos has to do with Akwa-Ibom State but we have provided the answers in our argument, the cars were delivered in Akwa-Ibom State.If he (Bassey) received in Akwa-Ibom State, how come they are coming to try him in Lagos State.The prosecution have not shown how the first defendant came to Lagos to receive vehicles. They have not shown it anywhere in the proof of evidence.” The Court agreed with Bassey’s Counsel and held that it lacked jurisdiction to hear and entertain the matter, since the alleged commission of the offense was committed outside its jurisdiction.

The EFCC on June 24, 2019, arrayed, ned Sen. Bassey Albert at the Federal High Court, Uyo, and the case has been on since then despite several chronic delays by Sen. Albert’s team. There are days when their lawyers will come to court to inform the court that their lead counsel had travel traveled for treatment and taken the case file along, plus other very laughable excuses.

It is interesting to note that Sen. Albert has admitted directly and through his witnesses, that he received from Mr. Omokore, all the cars listed in the charge sheet. For example, Sen. Albert called Kubiat Etah and Kennedy Ekong as witnesses and they admitted under crisscross examination as members of the defendant’s campaign team, they each received buses for campaign purposes. However, they were unable to disclose the particulars of the vehicles and also did not state whether they pers possession of the vehicles.

Both the prosecution and defense having clohaveeir case and judgment story surrounding the case now seems to take a political dimension, with allegations and counter-allegations that the Governor is influencing the case to secure a conviction against Sen. Bassey Albert, to this gubernatorial political ambition. This allegation has been vehemently denied by the Governor personally and through his aides. The Governor insists that he has neither testified nor authorized anybody to testify in the case; nor tendered any document from government. All the documents used against the Senator were obtained from his business partners. Those supporting the Governor governor’s case had been decided in Lagos, whether the Senator would have accused Governor Sanwo-Olu of witch-hunt. The Senator and his supporters insist that the Governor has influenced the case, to Automator behind bars and clear the path for the candidate of his party and his anointed successor, Pastor Umo Eno.

From the labyrinth of evidence traced from the origin to the current status of the case, there is little or no credible link joining the Governor to this case, in any way. It is left for foe court to deliver its jujudgmentased on the evidence before her and the extant laws.