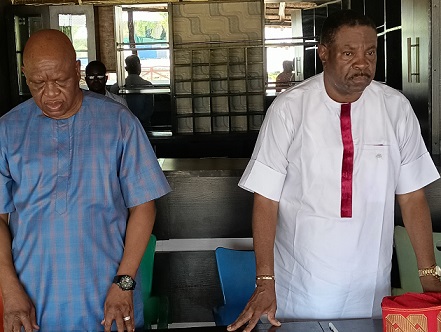 …Charges them to mobilise support for  Tinubu, Omo-Agege, Others

Ahead of the 2023 general elections, the founding leader of the All Progressives Congress (APC) in Delta State and Director, South-South of the Directorate of Contact and Mobilisation Committee for the Tinubu/Shettima Presidential Campaign Council, Olorogun O’tega Emerhor, has said that the ruling APC will win the 2023 presidential election will wide margin.

Emerhor also said the governorship candidate of the APC in Delta State and Deputy President of the Senate, Senator Ovie Omo-Agege, has no match and would dislodge ruling Peoples Democratic Party (PDP) from power in next year’s gubernatorial election in the state.

The former APC governorship candidate in 2015 stated this on Friday while inaugurating the state, senatorial and local government coordinators of the South-South Directorate of the Contact and Mobilisation Committee of the Tinubu/Shettima PCC at Evwreni town in Ughelli North LGA of the state.

Inaugurating the committee which has former Director of Projects, Niger Delta Development Commission (NDDC), Engr. Tuoyo Omatsuli, as the state director and former state chairman of the APC, Prophet Jones Erue as deputy state leader of the committee, Emerhor charged the coordinators to vigorously mobilise for the victory of the party. 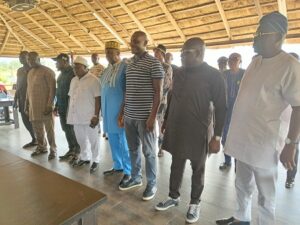 He said the coordinators were drafted into the South-South zone of the contact and mobilisation committee in renewed determination to ensure that APC will takeover states of the South-South especially Delta State.
Emerhor, who was the first politician to contest on the APC platform after it was formed, appealed to the electorate to vote for the presidential candidate of the APC and its governorship candidate in Delta for the betterment of all Nigerians.

The APC chieftain posited that the party was already leading other presidential candidates ahead of the election.

He directed the coordinators to return to their various units, ward, local government and senatorial district to embark on door-to-door campaigns to mobilise support for all candidates of the party in the 2023 polls.
In his remark, the Delta State Director of the committee and former director of projects NDDC, Engr. Omatsuli tasked the coordinators to ensure that the state turned in over 75 percent votes for the presidential candidate of the party, Alhaji Bola Tinubu.

He added that APC is also ready to provide an alternative government where the welfare of Deltans and the infrastructural development of the state will remain a top priority when Senator Omo-Agege is elected as the next governor of the state.

Similarly, the immediate past chairman of the APC, Prophet Erue, called for unity as the party head for the 2023 general election.

Delta State is now on course in Ovie Omo-Agege, while Nigeria is a dream come true in Asiwaju Bola Ahmed Tinubu as governor and president respectfully.