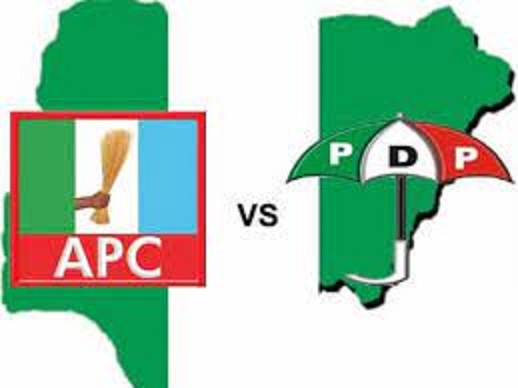 …Says PDP cannot stave off its inevitable defeat in 2023

Delta APC Campaign Organization has condemned the closure of routes leading to and from the Warri Township Stadium, the venue of the APC Presidential Rally and Delta State Campaign flag-off billed for this Saturday, 19th November 2022.

The presidential rally and state flag-off are scheduled as flagship events as the party starts off its vigorous campaign to take over Delta State from the incompetent and clueless Peoples Democratic Party, PDP. The campaign will cover all nooks and crannies of the State in the months ahead.

In a statement by Ima Niboro, Director, Communications and Media Strategy, the Campaign Organisation frowned at what it described as “perfidious road closures aimed at stalling Saturday’s grand events .“

According to him, “information reaching us indicates that the Warri South local government council Chairman, Dr Michael Tidi, has given an order closing routes leading to the Warri Township Stadium with effect from Monday, November 14 through Monday, November 28.

“The closed routes include Ubeji Roundabout, Okere Square and the Edjeba Community Road from SPDC Gate. He did not give any sensible reason for the closure but went ahead to provide very difficult ‘alternative routes’ such as Elizabeth Close for Ubeji Roundabout users, Eboh Road for Okere Square and DBS Warri route for Edjeba Community Road users.

“Delta APC Campaign Organization views the action of the Warri South local government council Chairman as an attempt to frustrate and sabotage the flag off of the Presidential and Gubernatorial campaigns of the party by the ruling PDP in the Delta State.

“Faced with it’s dismal performance in governance, the Dr. Ifeanyi Okowa-led PDP administration has clearly seen that their misgovernance portends a coming electoral disaster at the polls next year, and have resorted to wickedness, illegality, and every dubious means possible to thwart their inevitable rout.

“We want to assure that the APC in Delta State is strong, resilient and capable of crushing the infantile hurdles set by Okowa and his fawning minions, including the said Tidi.

“The Campaign Organization is determined to vacate the closure order, and while at it, alternative routes of accessing the stadium on the flag off day shall be secured and communicated to our thronging members and supporters.

“We appeal to our teeming members to remain law abiding and follow the instructions that will be released on alternative routes to the stadium,” Niboro said.